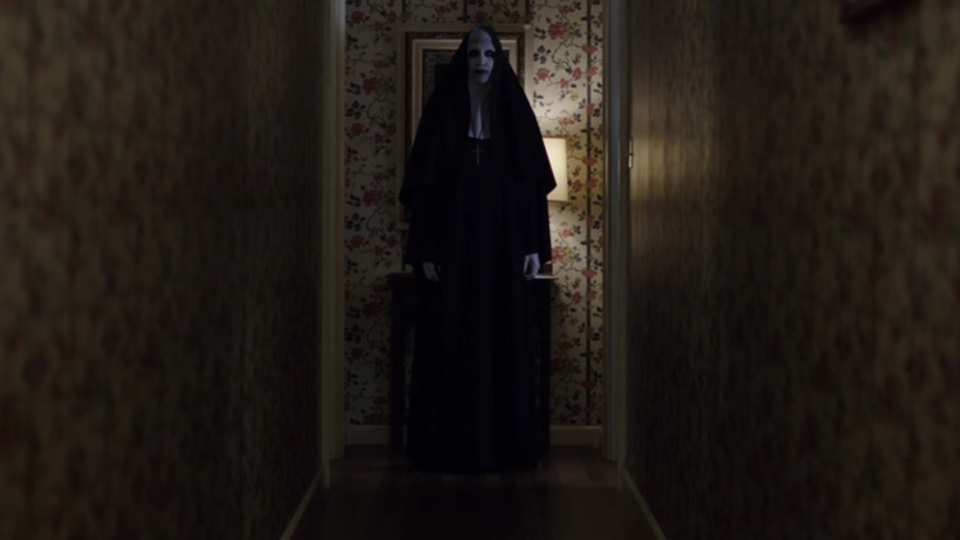 The first Conjuring movie was a box-office behemoth that was a perfect throwback to classic 70s haunted horror. This follow-up takes place in 1977 and uses the infamous Enfield haunting as its basis. For the most part, this sequel is suitably creepy, unsettling and terrifying with some very memorable frights along the way.

After having worked a particularly nasty case involving the Amityville murders, Lorraine Warren (Vera Farmiga) and her husband Ed (Patrick Wilson) decide to step back from investigating cases. That is until the Church sends them to Enfield, North London to interview a distressed single mother (Frances O’Connor) whose family are being terrorised by a malevolent spirit.

This story was ripe for a big-screen retelling, especially after the Sky TV-movie The Enfield Haunting (starring Timothy Spall) did a great job scaring audiences last year. This version delivers multiple opportunities to really spook viewers and it frequently leaves you breathless – although sometimes this is more down to the anticipation of the scare rather than the fright itself.

The usual jumpy moments are present and accounted for but there are also some really effective visuals on-show. Perhaps the films finest moment features a terrifying demon dressed as a nun (played brilliantly by Bonnie Aarons), who torments Lorraine throughout the film. There’s a dark room and a painting involved which really gets the heart racing and is a perfectly orchestrated sequence from horror supremo James Wan. The look of the evil-entity looks heavily inspired by Steven King’s seminal 1979 mini-series Salem’s Lot, and easily gives The Conjuring 2 its best scene.

In Patrick Wilson and Vera Farmiga lies The Conjuring’s biggest success though. It’s their dynamic chemistry and sheer magnetism that makes this story so watchable. Both hand in truly absorbing performances and are the films brightest sparks. Elsewhere, there is strong support from the likes of Simon McBurney as Maurice Grosse and Frances O’Connor as Peggy Hodgson.

As effective as the scares are, this still doesn’t beat the sheer fright evoked from the first Conjuring film, which worked more successfully as an inclusive horror. There are great moments to be found in both movies but The Conjuring just worked better overall. The Conjuring 2 does drag along in places and is a tad too long too. Also some greater depth to the work Maurice Grosse and his team did at the Enfield case would have given the narrative a more rounded feel. Instead, this story feels like a few key elements are missing.

The Conjuring 2: The Enfield Case is an entertaining horror and a step above the usual mainstream genre-offerings that get cinema releases. It’s certainly one of the best horrors of the year so far. There is plenty to keep you on your toes and the cast are uniformly brilliant. I’d also gladly welcome a third chapter based on the Warren’s case-files. And even if you don’t like horror, fear not – The Conjuring 2: The Enfield Case is worth the admission price alone for Patrick Wilson doing a pitch-perfect impersonation of Elvis!