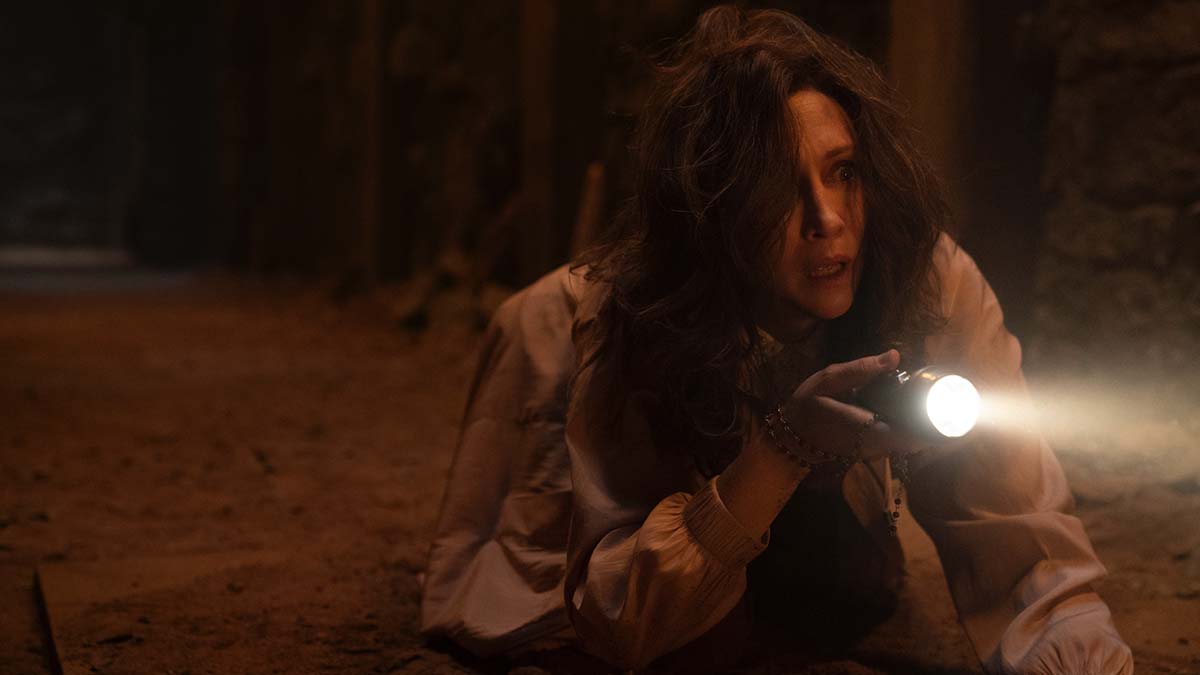 The Conjuring Universe of movies are a very welcome shot in the arm for mainstream horror, giving the genre renewed box office success and crowd-pleasing returns. From 2013’s The Conjuring through to The Conjuring 3: The Devil Made Me Do It, we have now had 8 films in a shared universe that have delivered some wonderfully effective horror moments over the years. In recent times, the films have felt watered down, especially with new talent behind the lenses and new writers trying to build upon the legacy.

James Wan is still involved in the production of The Conjuring 3, but directing duties have gone to Michael Chaves, the man behind 2019’s poorly executed The Curse of La Lorona. Sadly that trend continues here, making The Conjuring 3 a poor and wasted addition to the franchise. The script is surprisingly weak and the film lacks genuine fright and any type of momentum to keep the viewer hooked.

The plot ‘based on real events’ (a tag that is really starting to lose its lustre now), finds Lorraine (Vera Farmiga) and Ed Warren (Patrick Wilson) once again tackle a paranormal case that poses a remarkably interesting premise. Can you legally use the excuse that ‘the devil made me do it’? The trailer for the film sets up the premise well and perhaps suggests a different type of movie – more akin to The Exorcism of Emily Rose. The legal ramifications surrounding paranormal investigations is a fascinating subject, and one I thought would be explored in depth in this movie. It’s not – instead we get a by-the-numbers chase to work out who is behind a curse.

Patrick Wilson and Vera Farmiga deserved a lot more, and it’s a shame to see their talents go underused once again. It’s no surprise that the film’s best moments are between the two of them, and with a movie constructed of more intelligent frights and suspense, we could have reached the heady highs of the first Conjuring movie. Instead the film relies on visuals too often seen before (some feel like they have just been lifted straight out of La Lorona). There’s nothing you haven’t seen before and that’s a real shame. An over-reliance on loud noises also diminishes the returns.

The film starts off ok, with a young boy named David Glatzel (Jullian Hillard) being exorcised by the Warrens, their team of investigators and a priest. When things start to go wrong, the young boy’s sister’s boyfriend Arne (Ruairi O’Connor) challenges the spirit to leave the kid and take him instead. The trauma of the exorcism gives Ed a heart attack, but not before he sees the demon transfer to Arne. Days pass as Ed recuperates in hospital. When he wakes up, he tells Lorraine what he saw, just as Arne starts to exhibit strange behavioural patterns and traumatic visions.

The cast are all solid and do well with what they have. Again, Farmiga and Wilson are the shining lights here, but Ruairi O’Connor, Sarah Catherine Hook, Julian Hilliard and a very creepy John Noble do well. I don’t think Eugenie Bondurant gets a fair shot at delivering a memorable Conjuring villain thanks to the poor script and the visual mishandling of her key scenes. There are also a few noticeable visual nods to A-list horror fare like The Exorcist and The Shining which just made me more annoyed and aware of how far removed this film is from those masterpieces.

As a huge fan of The Conjuring universe, I’m very disappointed with this third chapter in the dedicated Warren’s timeline. I sincerely hope Wilson and Farmiga return for a fourth film, and that fresh new talent is both behind the lens and writing the script. Now is the time for this franchise to grow, not just re-tread on old ground.