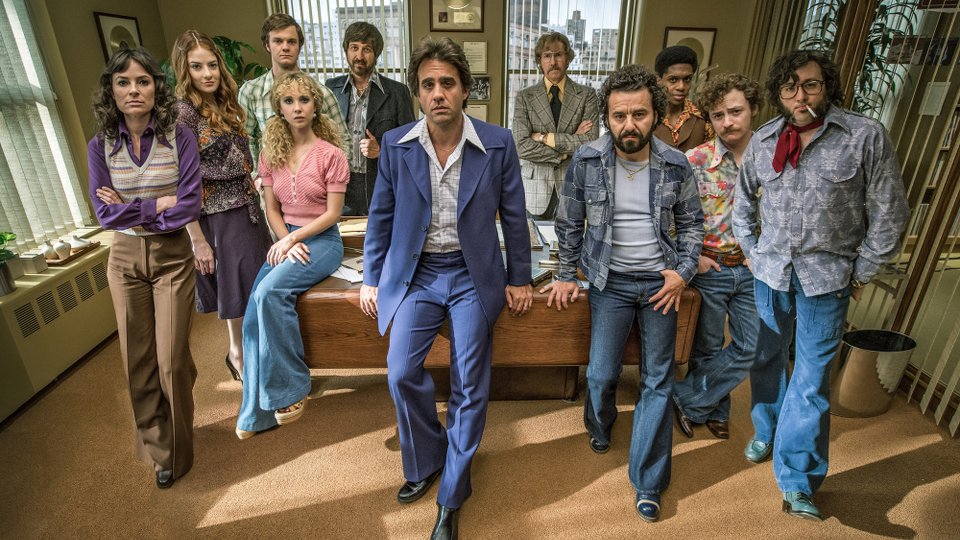 Richie Finestra (Bobby Cannavale) is the founder and president of American Century Records. With the label on the verge of being sold, and Finestra’s interest in scouting and signing new talent on the wane, a life-changing event reignites Finestra’s passion for his work but comes at great personal cost. As he battles to save his company, Finestra sets out to destroy anyone that crosses his path and does irreparable damage to his relationship with wife Devon (Olivia Wilde).

Vinyl arrived earlier this year to a lot of fanfare. Created by The Rolling Stones frontman Mick Jagger with legendary director Martin Scorsese and writers Terence Winter and Rich Cohen, Vinyl is a gritty look at the music industry in the 70s. As you would expect drugs, sex and rock’n’roll are prevalent throughout and Finestra is dragged into that world fairly willingly.

Each episode of Vinyl balances drama with music and the music at times winds up being more interesting than the drama unfolding. The show is beautifully shot with some great performances but the overall story is lacking. Vinyl often gets bogged down with overlong scenes and flashbacks, which hampers the pace of the show.

The show features a well-rounded variety of characters. Cannavale’s Finestra is a man that is both despicable and desperate often thinking of only himself when he makes his often impulsive decisions. The character has been likened to Mad Men’s Don Draper and that comparison is fairly spot on. Olivia Wilde brings sense of humanity and normalcy to the show as Finestra’s put upon wife Devon. She tries to keep her family on track and together but Finestra’s actions make it an impossible task.

The standout in the cast, other than Cannvale, is British actress Juno Temple as ambitious assistant Jamie Vine. The character is determined to work her way up to the A&R department and she thinks she has the next big thing when she discovers (well intercepts really) punk-band Nasty Bits. Temple’s performance is fearless and she’s without a doubt one of the most interesting characters in the show.

Special features on the release include a making of featurette, audio commentaries by the cast and crew, and behind-the-scenes footage.

Vinyl enjoys a solid first season but for my money it’s not one that is as great as it promised to be. The show has a lot of promise but at times the narrative is messy and there’s a little too much going on. I expect things will be rectified and improved during season 2 but it remains to be seen if the show has enough people hooked to get it further seasons past that point.