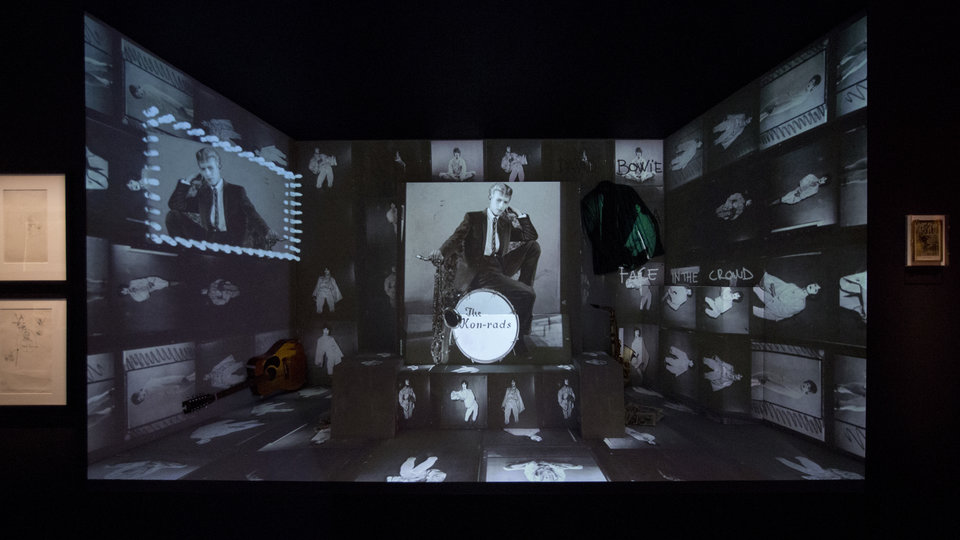 The documentary film of the ground-breaking exhibition David Bowie is, created by the Victoria and Albert Museum, London in 2013, is being re-released in Vue cinemas and selected venues across the UK on 14th July.

Filmed on the closing night of the exhibition in 2013, this cinema re-release offers another opportunity to explore this international retrospective of the extraordinary career of David Bowie.

Described by The Times as “stylish & outrageous” and The Guardian as “a triumph”, the David Bowie is exhibition was the fastest selling in the V&A’s history, featuring a remarkable collection of handwritten lyrics, original costumes, fashion, photography, film, music videos, set designs, Bowie’s own instruments and album artwork from the David Bowie Archive.

The film takes the audience on a fascinating journey through the exhibition with special guests including legendary Japanese fashion designer Kansai Yamamoto, Pulp front-man Jarvis Cocker, and other collaborators, to explore the stories behind some of the key objects that document Bowie’s artistic career.

The exhibition curators, Victoria Broackes and Geoffrey Marsh, provide expert insight into the most memorable music videos and original costumes, as well as more personal items such as never-before-seen handwritten lyrics, album cover artwork, set designs and diary entries, which reveal the creativity and evolution of Bowie’s ideas.

Broackes and Marsh from the V&A Department of Theatre & Performance comment: “We were deeply saddened to hear of the death of David Bowie. His far-reaching influence on cultural life is unparalleled and the film offers illuminating detail about key objects from the David Bowie Archive with commentary from special guest contributors and a fantastic soundtrack.”

The David Bowie is exhibition is on a global tour that has already travelled to Toronto, São Paulo, Berlin, Chicago, Paris, Melbourne and Groningen in The Netherlands to universal acclaim.

The David Bowie is documentary was directed by Hamish Hamilton, the BAFTA winning director of the Academy Awards and the Opening Ceremony of the London 2012 Olympic Games. It is being distributed to cinemas worldwide by Event Cinema specialist More2Screen.