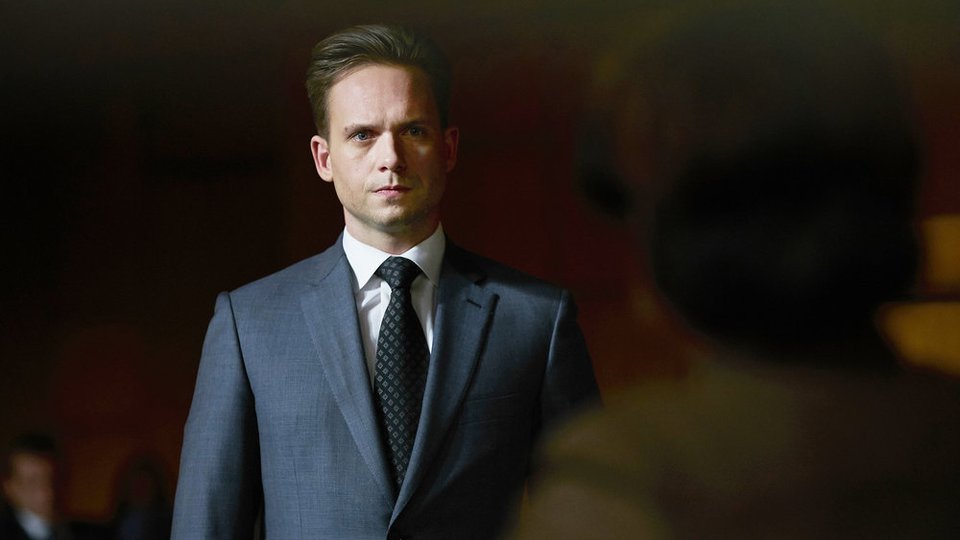 Over the past 5 seasons Suits has established itself as one of the best legal dramas on TV. Telling the story of high-powered lawyer Harvey Specter (Gabriel Macht) and his associate Mike Ross (Patrick J. Adams), who isn’t actually a qualified lawyer, the series successfully mixes drama and comedy to create something compelling and addictive. With the sixth season of the show set to debut later this month (in the US at least), Suits: Season 5 arrives on Blu-ray and DVD this week so you can catch-up on all the latest from the show.

In the fifth season Harvey and Mike face their biggest challenge yet when Mike’s secret threatens to finally come out once and for all. There are big changes this season with Donna (Sarah Rafferty) quitting her job as Harvey’s secretary and taking a new role with Louis (Rick Hoffman), which creates plenty of conflict throughout the season. On top of that senior partner Jack Soloff (John Pyper-Ferguson) creates waves in the firm when he sets the wheels in motion for a rather large power grab from Jessica (Gina Torres).

The first half of the season focuses on the antics of Jack and Mike coming to a realisation about his future with Rachel (Meghan Markle) if he continues to commit fraud by posing as a lawyer. Things switch gears entirely in the second half of the season when ruthless attorney Anita Gibbs (Leslie Hope) comes after Mike in a bid to prove that he has been fooling everyone for the past 5 years. Things get very tense and the eventual outcome may well leave you with your jaw on the floor.

Also explored in the season is Harvey’s ongoing issues relating to his past. He starts going for therapy with Dr. Agard (Christina Cole) when he experiences panic attacks and isn’t sure what’s causing them. Could it be the loss of Donna to Louis or is there more going on than that? It’s interesting to see Harvey opening up as for much of Suits he’s kept his cards very close to his chest but this season we really get to understand him better.

The other main plot strand is the impending wedding of Mike and Rachel. With a lot of obstacles to overcome, including Rachel’s pushy and influential parents, the journey to the altar proves to be anything but simple. Did you really expect anything else?

As always the performances of the cast are superb. The ensemble is one of the best of TV with Macht and Adams continuing to explore their fantastic chemistry. The dynamic in their relationship really changes this season and it’s interesting to see situations where Harvey may not actually have all the answers for once. Sarah Rafferty and Rick Hoffman continue to the show’s secret weapons as Donna and Louis. Pairing them together for much of the season is a delight and the character interactions are always some of the best on the show.

Extras on the release include a gag reel, a selection of deleted scenes, and two behind-the-scenes featurettes.

For my money season 5 of Suit is the show’s strongest yet. The second half of the season is absolutely gripping and it’s refreshing to see the show really committing to a story arc and seeing it through. Pretty much everything else is sidelined for the last several episodes to focus on Mike and the threat of Gibbs. It serves the show well and is a welcome break from the constant power battles that change the name of the law firm nearly every season. By the season’s end things are looking very different for Pearson Specter Litt and it’s going to be interesting to see how they come back from what takes place.