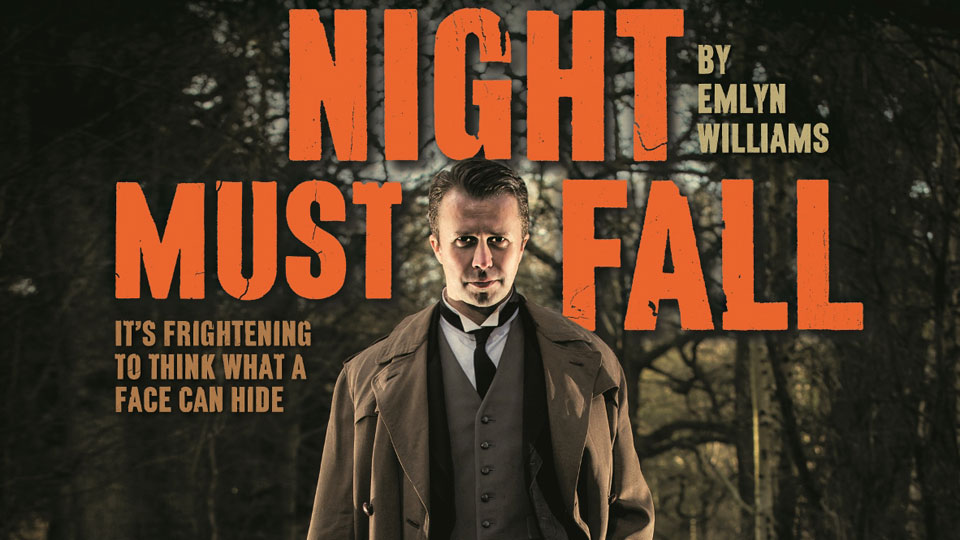 The Original Theatre Company and Salisbury Playhouse in association with Eastbourne Theatres will present the national tour of Emlyn Williams’s psychological thriller, Night Must Fall, directed by Luke Sheppard and starring Gwen Taylor as Mrs Bramson. The tour will begin at Devonshire Park Theatre in Eastbourne on 19th August, with a National press night on Wednesday 7th September at Salisbury Playhouse.

Gwen Taylor is best known for playing the title role in the ITV sitcom Barbara, as well as Anne Foster in Coronation Street, Peggy Armstrong in Heartbeat, Rita Simcock in A Bit of A Do, for which she was nominated for a BAFTA TV Best Actress Award, and Amy in Duty Free. Her film appearances include The Lady in the Van and Monty Python&#39;s Life of Brian. Gwen is currently playing Daisy Worthen in Driving Miss Daisy at Dublin’s Gaiety Theatre. Other theatre credits include Calendar Girls (UK Tour), the title role in the national tour of Shirley Valentine, Top Girls (Royal Court and New York), and Gertrude in Sir Peter Hall’s production of Hamlet (London’s Gielgud Theatre and national tour).

Joining Gwen Taylor as Inspector Belsize will be Daragh O’Malley, best known for his role as Patrick Harper in the long-running television series Sharpe. After a 12-year absence, O’Malley returned to the British stage in 2012, playing Father Jack in the Original Theatre Company’s production of Dancing at Lughnasa. In 2014, he played Big Daddy in Cat on a Hot Tin Roof at Manchester’s Royal Exchange, for which he was nominated for an MTA Best Actor Award and The Stage selected his performance as one of the Top Five Performances in UK Theatre in 2014.

Also in the cast are Alasdair Buchan as Hubert, Anne Odeke as Nurse Libby, Mandi Symonds as Mrs Terence and Melissa Vaughan as Dora.

Director Luke Sheppard most recently directed the Olivier Award-winning production of In the Heights (King’s Cross Theatre and Southwark Playhouse), for which he was nominated for Best Director at the Whatsonstage Awards. His other directing credits include Stig of the Dump (UK Tour), Casa Valentina (Southwark Playhouse), The Secret Diary of Adrian Mole Age 13 ¾ (Curve, Leicester) and the forthcoming European premiere of Peter and the Starcatcher (Royal & Derngate, Northampton). Luke is the Associate Director of Matilda (Stratford-Upon- Avon, West End, Broadway).

Luke Sheppard said, “It’s a privilege to direct this extraordinary play just over eighty years since the first performance. It’s a gripping murder mystery with delightfully dark characters. I’m looking forward to audiences around the country discovering all the chills and thrills this rarely produced classic holds in store.”

When charming, smooth-talking Dan arrives at old Mrs Bramson’s remote woodland home, he soon ingratiates his way into her life and that of her niece, Olivia. But when a local woman goes missing and is later found murdered, Olivia begins to suspect her aunt’s new private assistant. She resolves to find out the truth.

For more information about the tour and to book, see www.originaltheatre.com.

Advertisement. Scroll to continue reading.
In this article:Gwen Taylor