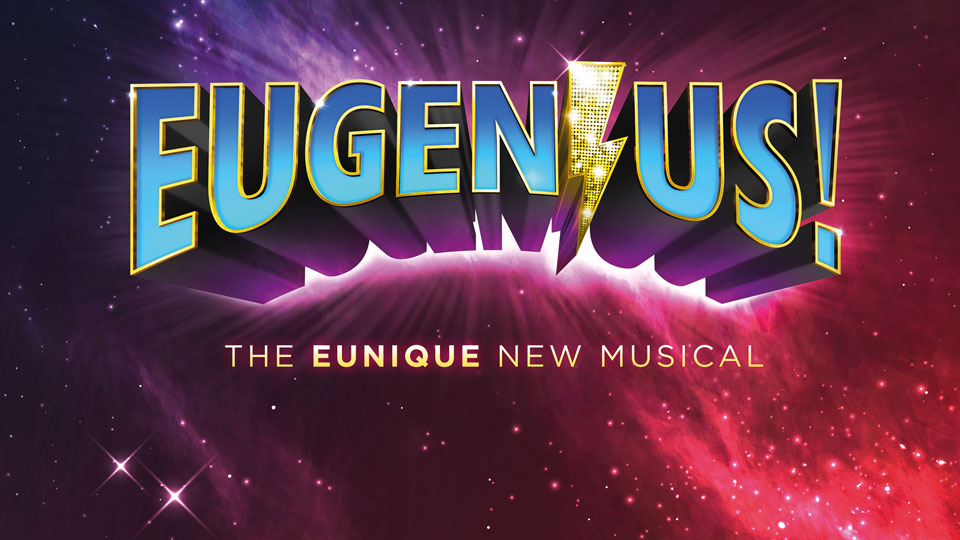 A concert premiere performance of the new, original British musical Eugenius! will take place on 29th June 2016 at the London Palladium. This exciting and innovative musical is produced by (and stars) actor Warwick Davis. Joining the Harry Potter and Star Wars favourite will be a host of musical theatre stars including double Olivier Award-winner David Bedella (In The Heights, Jerry Springer, The Opera, The Rocky Horror Show), Amy Lennox (Kinky Boots, Legally Blonde), Samuel Holmes (Mrs Henderson Presents, Spamalot) and Summer Strallen (Sound of Music, Love Never Dies). Comedian Marcus Brigstocke will join the cast as the Narrator and Brian Blessed will provide a guest voiceover.

Set in the 1980s, Eugenius! is a classic love story between two teenagers, Eugene and Janey. She is in love with him, but he always has his head inside a comic book – so much so that he actually writes his own comic about a superhero. Against the odds, Eugene’s creations take him to Hollywood and he becomes the unlikely hero of his own intergalactic battle! The musical has an original score based on the sounds of the 1980s, with a story which hilariously merges real life and the intergalactic world of the comic book.

The book, music and lyrics for Eugenius! have been written by Ben Adams and Chris Wilkins. The concert premiere performance will be directed by award winner Ian Talbot and Olivier Award-nominee Michael Jibson.

Producer Warwick Davis said, “We are really excited to be bringing a brand new, original production to the London stage. The performance on 29 June will give the audience a chance to experience this new ‘80s-inspired musical before it is staged in the West End as a full production next year. We have a hugely talented cast and production team, and the music is just phenomenal. We look forward to sharing our work with the first, lucky audience at the London Palladium this June.”

Eugenius! will be presented in a concert version for one night only at the London Palladium on Wednesday 29 June 2016.

Book online at www.rutlive.co.uk/event/eugenius and see www.eugeniusthemusical.com for more details.

In this article:Eugenius, Warwick Davis