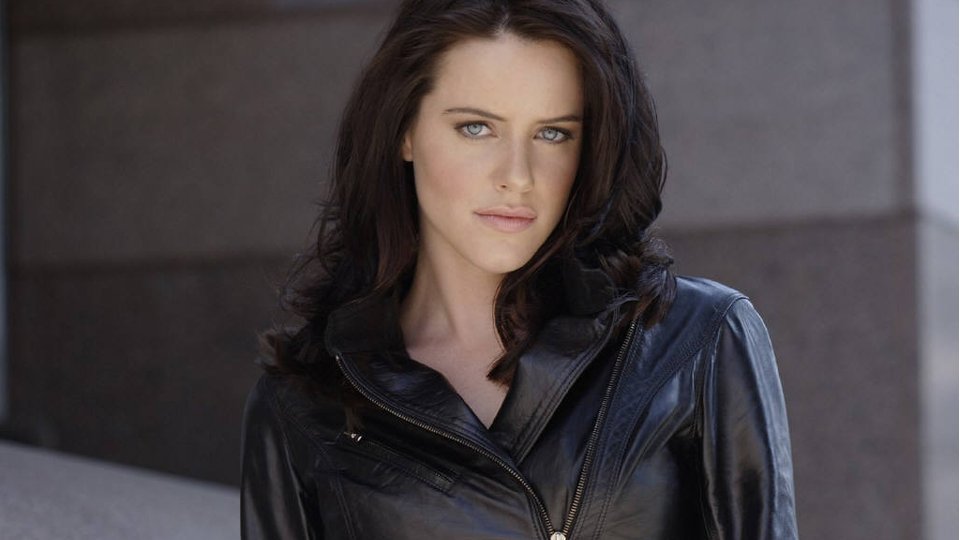 Bartender Jaime Sommers (Michelle Ryan) leads a hectic life that involves trying to make ends meet and raising her rebellious teenage sister Becca (Lucy Hale). In a relationship with scientist Will (Chris Bowers), Jaime starts to discuss her future with him when she discovers that she’s pregnant. On their way home after dinner, the couple are involved in a horrific car crash leaving Jaime badly injured. Will operates on her and replaces parts of her body with bionic implants. As she recovers, Jaime starts working for the Berkut Group who are the people responsible for her new abilities.

Bionic Woman was originally aired in 2007 and it seemed like the show was doomed from the very beginning. Before it made it to NBC, the show went through a number of creative and casting changes with three versions of the pilot episode shot. Despite arriving to impressive ratings, Bionic Woman soon saw its audience dwindle and when the writer’s strike hit in the middle of production, the show disappeared without a trace and was cancelled by the network.

Only 8 episodes of the show ever aired and it’s a real shame as the series had potential. Darker and more gritty than the show it was based on, Bionic Woman found a suitable lead in the shape of former EastEnders actress Michelle Ryan. This remake focused more on action sequences and special effects than the original series and was clearly inspired by science fiction hits such as The Matrix.

The pilot episode is the strongest of the 8 episodes here and it set up the show with an interesting premise. Jaime was pitted against Sarah Corvus (Katee Sackhoff), the first Bionic Woman, whose bionics are malfunctioning and an interesting arc is started where the two are frenemies. Sadly due to the shortened season and its subsequent cancellation it’s one of many plots that never got resolved so we’ll never know how it was going to pan out.

Over the course of the 8 episodes, lots of characters and potential story arcs are set-up. Jaime’s difficult relationship with her handler Jonas (Miguel Ferrer) and his second in command Ruth (Molly Price) starts to gain momentum and Jaime’s troublesome younger sister Becca causes her no end of problems while she tries to adjust to her new found abilities and responsibilities.

Michelle Ryan did a really great job as Jaime. Her American accent is pretty much flawless and she’s believable as the vulnerable yet feisty character. This should have been her big break in the US following her exit from EastEnders but sadly it just didn’t really happen for her. Ryan is a gifted actress much more deserving of roles better than she has often gotten. Pretty Little Liars fans may want to check out the show to see Lucy Hale before she became better known as Aria Montgomery. Her character is a walking cliché but Hale does her best with an underwritten role.

Extras on the release include a pilot commentary and several featurettes taking you behind-the-scenes of the show.

Bionic Woman was never really given the opportunity to flourish. The first season of any show is often plagued with issues but over the course of the usual 22 episode run, many issues are ironed out and frustrations rectified. Given more time Bionic Woman could have become a much stronger show and when you look at the network landscape now with shows such as Arrow, The Flash and Supergirl dominating, you can see that it would have fit right in. It’s a real shame that some of the unaired episodes weren’t included here and fans of the show will never be given full closure on this flawed but intriguing remake of the classic Lindsay Wagner series.