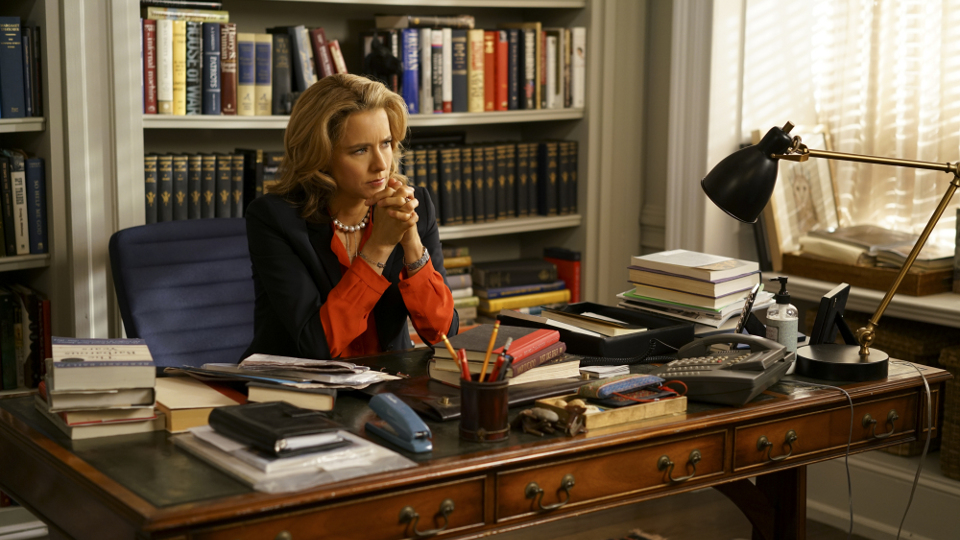 In the latest episode of Madam Secretary, a Pakistani plane crashed in India at the same time as the prime ministers from each country were in the US to discuss a peace treaty.

The plane crash escalated quickly into a huge problem for all involved when it was revealed that it was transporting a hydrogen bomb. India wanted to deal with the incident as it was an unauthorised incursion on their territory, however Pakistan didn’t want India to go near as they didn’t want their technology falling into their hands.

Elizabeth (Téa Leoni) brokered a deal for a Pakistani team to defuse the bomb with the help of the US under Indian supervision. This worked but then there was the problem of who would keep it. Pakistan wanted it back while India refused. They did initially agree to give it to the Americans instead but Pakistan said not getting it back would mean war.

In the end the Americans gave the bomb back to Pakistan. They basically forced India to do as they were told while gaining access to details on the entire Pakistani arsenal.

Nadine and Daisy were tasked with speaking to the Bulletin of the Atomic Scientists. They attended their party and spoke to them but were unable to influence their decision. Oliver also showed up and surprised Daisy when he impulsively took to the dance floor. Daisy joined him and without thinking asked if he wanted a baby with her, to which he replied that he did.

Henry (Tim Daly) and Jane went to speak to Hijriyyah’s old teacher again in the hope of getting her to send another email. They wanted to send it with an attachment which they could use to pinpoint her location. However she refused and instead sent Hijiriyyah a warning.

The US government was able to intercept the email and Russell Jackson wasn’t happy. He tasked Jose with arresting her, turning her house upside down and denying her citizenship. Henry suggested that they would get better results by being open with her but it fell on deaf ears.

Before Jose could mobilise his team Henry went to see the teacher and explained the truth and Hijiriyyah and Jibral Disah. Now understanding the danger Hijiriyyah was in she gave a photograph to Henry to send via email. At the end of the episode the email trick worked and they discovered her location.

The next episode of season two is Desperate Remedies. Elizabeth learns that a member of the inner circle of the terrorist group Boko Haram has fallen ill with a deadly virus and, by leveraging his weakness, she formulates a plan to get them to release a group of schoolgirls they are holding captive. Also, Henry gets new information on the whereabouts of Jibral Disah that leads them closer to pinpointing his location.