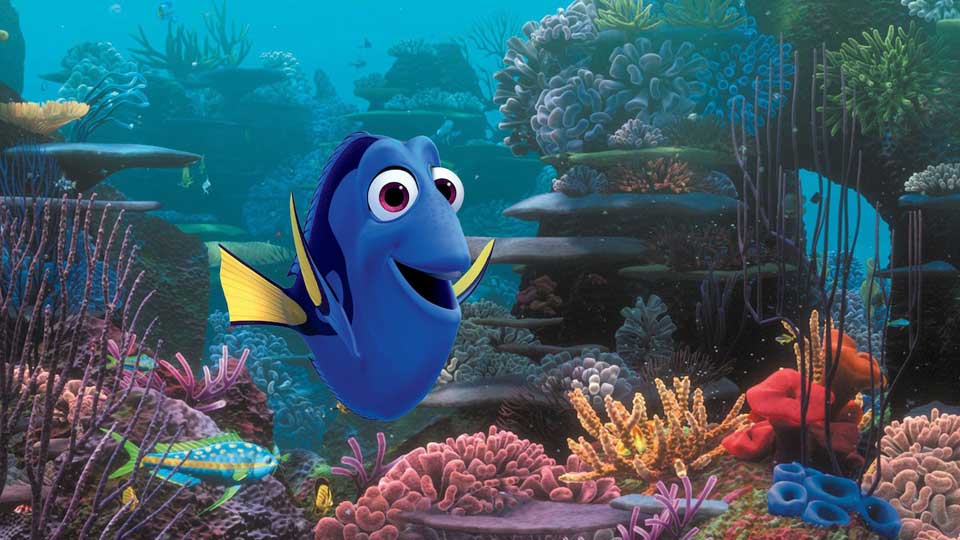 The 70th edition of the Edinburgh International Film Festival officially launched it’s programme for 2016 this morning, and Entertainment Focus was there to get all the news, sniff out the big stories, and even sample the cake baked by Great British Bake Off semi-finalist Flora Shedden. EF verdict: it was rather nice!

Onto the films, and it looks set to be a bumper year at this year’s festival, with a vast showcase of movies from around the world. There are features from 46 countries, including: 22 World Premieres, 5 International Premieres, 17 European Premieres and 85 UK Premieres.

One of the undoubted highlights will be the first UK screening of Finding Dory, continuing EIFFs great history of being Pixar’s first port of call for UK cinemagoers. This sequel to Finding Nemo, starring Ellen DeGeneres and Albert Brooks is sure to be an absolute smash.

There are also gala screenings of Tommy’s Honour, Whisky Galore! and a 30th Anniversary 4K restoration of cult classic Highlander, with a special appearance from the Kurgan himself, Clancy Brown.

The festival will also present a series of In Person Special Events, featuring the likes of Kim Cattrall, and in what is sure to be a festival highlight, Kevin Smith. Smith is bringing Yoga Hosers, his latest film to EIFF this year, and is doing an on stage special alongside the star of the film, his daughter Harley Quinn Smith.

In the Best of British strand there is a World Premiere of Away, starring Timothy Spall and Juno Temple, about two troubled souls seeking hope and solace under the lights of Blackpool. Brian Cox and Emilia Fox star in The Carer, whilst Will Poulter and Cara Delevigne take some time away from Hollywood to star in the sumptuous British coming-of-age drama Kids in Love.

The American Dreams section is once again packed with fantastic independent cinema featuring some outstanding up and coming talent, alongside some of the biggest names in the business. Look out for Rebecca Miller’s New York set rom-com Maggie’s Plan starring Greta Gerwig, Ethan Hawke, Bill Hader and Julianne Moore. Meg Ryan makes her directorial debut with the UK premiere of Ithaca, starring Alex Neustaedter, and featuring cameos for Sam Shepard and Tom Hanks.

Mr. Right, a rom-com about assassins starring Sam Rockwell and Anna Kendrick will have its first UK screening at the festival. Also look out for Sticky Notes starring Ray Liotta and Rose Leslie, and The Hollow Point, a dark and violent thriller set on the US/Mexico border starring Patrick Wilson, Ian McShane and John Leguizamo.

As has become the norm at EIFF, there are terrific programmes of European and World Cinema. Look out for Black, a violent story of forbidden love on the streets of Brussels. Also showing is Florian Gallenberger’s 1970s thriller The Colony starring Emma Watson and Daniel Brühl. Icelandic incest comedy The Homecoming looks set to be one of the funniest films of the festival. Whilst Polish musical fantasy The Lure, about two bloodthirsty mermaids sounds like one not to be missed. From further afield are Brahman Naman, a hilarious Indian coming-of-age story, and Ken and Kazu, the Japanese indie crime drama that won best film at the Tokyo Film Festival.

The Night Moves strand brings the best new horror and genre films to Edinburgh and this year is no exception. British horror film First Born directed by Nirpal Bhogal has its world premiere at EIFF. Anna Biller’s The Love Witch, a tribute to 60s style Technicolor sexploitation, starring Samantha Robinson has its first ever UK screening, and The Walking Dead meets Westworld in Steve Barker’s fast-paced horror The Rezort.

There are also full and exciting programmes of documentaries, animations and short films across the festival. Also worth looking out for is the retrospective of Cinema du Look, featuring Betty Blue, La Femme Nikita, The Big Blue and Subway among many others.

Comic Book fans will be thrilled by POW!!! a look at the first generation of comic strip adaptations. Before Marvel and DC dominated the cinema, there was Barbarella, Flash Gordon, Batman: The Movie (1966), Popeye, Modesty Blaise, and Lone Wolf and Cub.

To celebrate the festival’s 70th year, there will be a series of iconic films screened as they were intended, glorious 70mm. These include 2001: A Space Odyssey, Lawrence of Arabia, Dersu Uzala, and Playtime.

Mark Adams, EIFF Artistic Director, said: “It is a real thrill to unveil this year’s programme and I am looking forward to showcasing so many great films and welcoming so many talented filmmakers to our 70th edition. As always we like to offer an incredibly broad range of work to ensure there is always something for everyone – form mesmeric retrospectives through to absorbing new short films, to 130 new features from 46 countries, rest assured this year’s EIFF will challenge, provoke and entertain audiences in equal measure.”