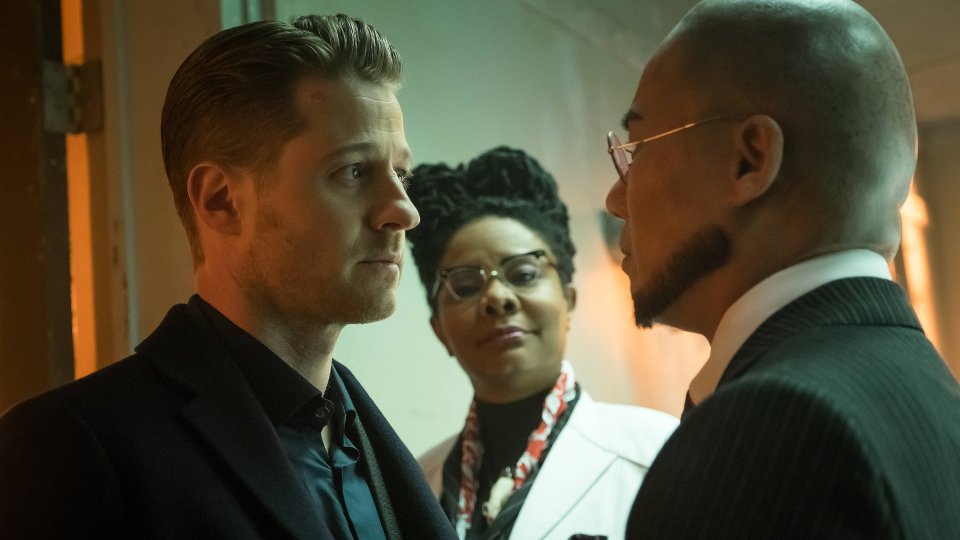 Theo Galavan (James Frain) returned from the dead as Azrael on the latest episode of Gotham.

The creation of Professor Strange (B.D. Wong), Azrael had no recollection of his true identity once he was brought back to life. Over the course of the episode he started to have memories and went after Gordon (Ben McKenzie). Barnes (Michael Chiklis) was caught in the middle and his life left hanging in the balance after being stabbed.

Azrael escaped but not before revealing his face so that Gordon could identify him. Barnes was rushed to hospital.

Meanwhile Nygma (Cory Michael Smith) continued to cause trouble in prison as he attempted to get revenge on Gordon.

The next episode of the season is Unleashed. Theo Galavan is back from the grave, and death has not deterred the demented former mayor from carrying out his mission.