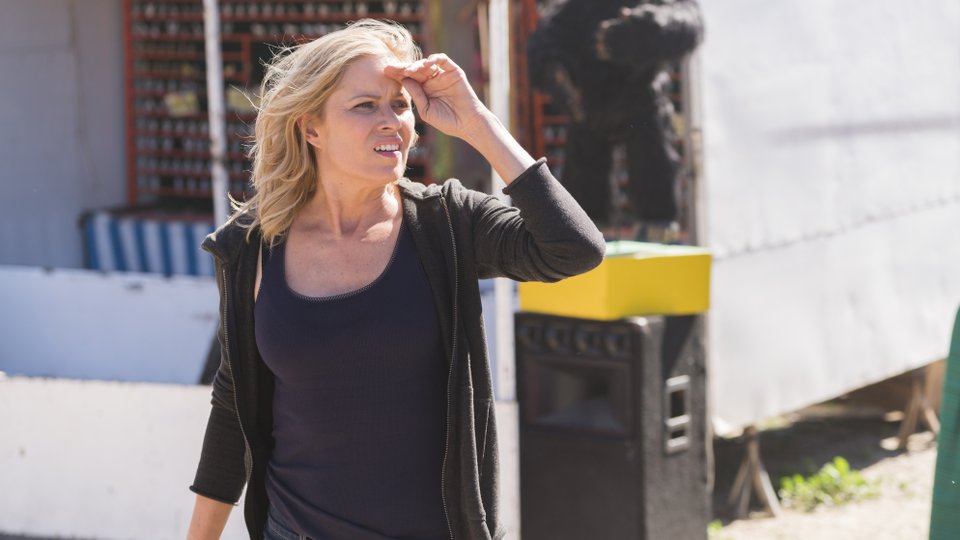 Alicia (Alycia Debnam-Carey) tried to reunite her family on the latest episode of Fear the Walking Dead.

After she and Travis (Cliff Curtis) were taken by Connor (Mark Kelly), Alicia worked her charms on Jack (Daniel Zovatto) in a bid to escape. Travis was faced with Alex (Michelle Ang) who had found Connor after being cut adrift from The Abigail by Strand (Colman Domingo) and she revealed that it was her who led Connor to find them.

Madison (Kim Dickens) negotiated a trade with Connor offering to give him back his brother Reed (Jesse McCartney) if they returned Travis. Chris (Lorenzo James Henrie) almost scuppered the plan by killing Reed before the trade but Daniel (Rubén Blades) saw an opportunity when Reed turned.

The exchange happened and Reed, now a walker, bit his brother. Travis was reunited with his family and Alicia managed to escape and join them.

The next episode of the season is Sicut Cervus. Conflict erupts in a final push towards Strand’s destination. Chris makes a decision that shakes the family. Nick (Frank Dillane) meets a new maternal figure.

Tune in to AMC at 10/9c on Sunday in the US and AMC UK at 2am and 9pm on Monday in the UK to see the episode. Preview the episode with our gallery below: