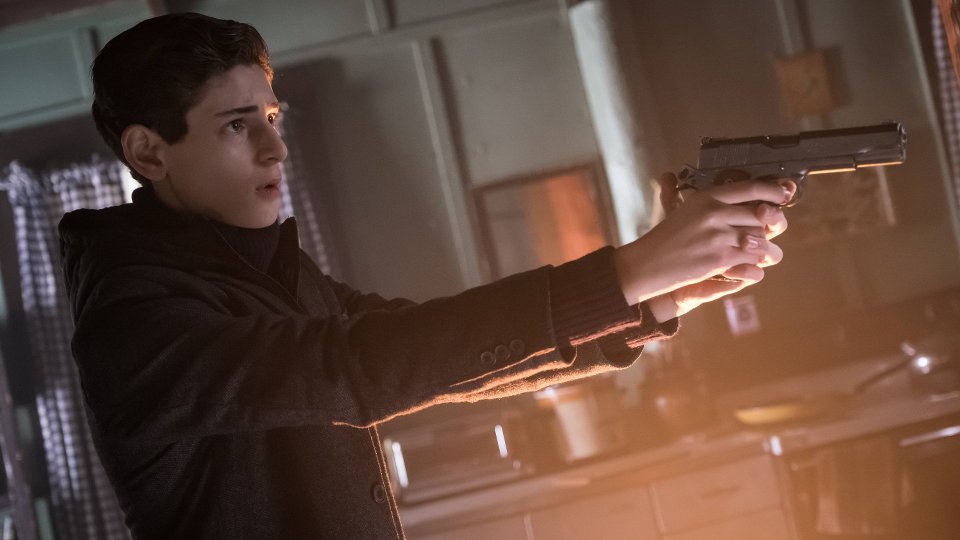 As he attempted to steer clear of the law so he could prove his innocence, Gordon quickly realised that it was Nygma who set him up. During the confrontation, Nygma electrocuted Gordon and tried to kill him. Gordon then followed Nygma into the woods where he was going to cover up his murder of Kristen (Chelsea Spack). The GCPD interrupted him and they heard Nygma confessing to framing Gordon.

With Nygma in Arkham Asylum, Gordon was offered his job back but he refused to take it. Meanwhile Barbara (Erin Richards) was released from the Asylum and Cobblepot (Robin Lord Taylor) killed his step-family.

The next episode of the season is Pinewood. After leaving Arkham Asylum, Barbara attempts to make amends with Gordon. Bruce and Alfred track down one of Thomas Wayne’s former friends from project chimera, but Hugo Strange disrupts their plan.