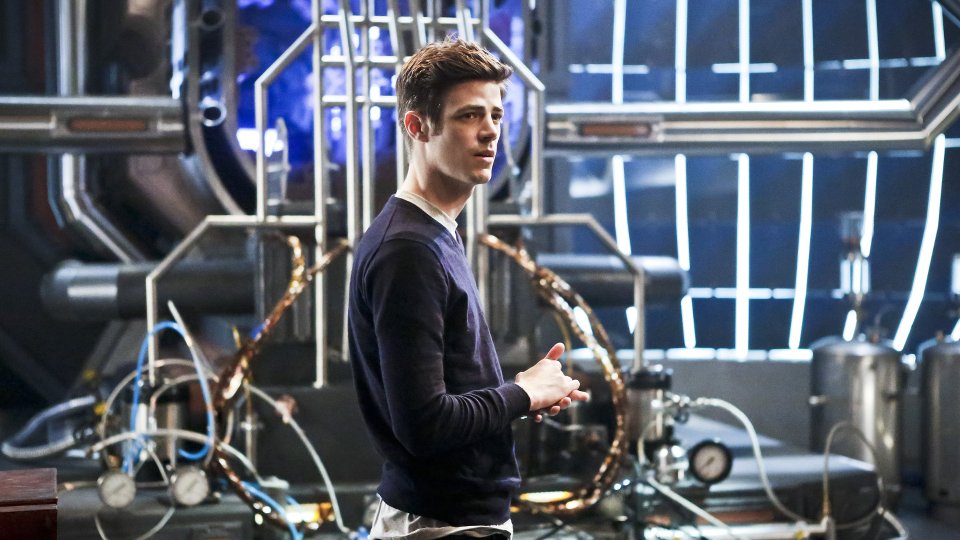 Barry (Grant Gustin) had to take down meta human Griffin Grey (Haig Sutherland) without his powers on the latest episode of The Flash.

Wells (Tom Cavanagh) was attacked and kidnapped by Griffin, a man who was rapidly aging following the particle accelerator explosion. Unaware that the Wells he had hostage wasn’t the same Wells who caused the explosion, Griffin became desperate as he fought to stay alive.

Barry, Joe (Jesse L. Martin) and Cisco (Carlos Valdes) manipulated Griffin to using his powers realising that each time he did he would age. Griffin eventually died as he continued to age and transformed into an old man.

Elsewhere Wells told Barry he would have to create another explosion to get Barry’s powers back, Caitlin (Danielle Panabaker) encountered Killer Frost who was later killed by Zoom (Teddy Sears), and Wally (Keiynan Lonsdale) asked Joe to arrange a meeting with The Flash so he could thank him for saving his life.

The next episode of the season is Rupture. DC Comics’ character Rupture comes to Central City with Zoom, who is intent on taking over by any means necessary.