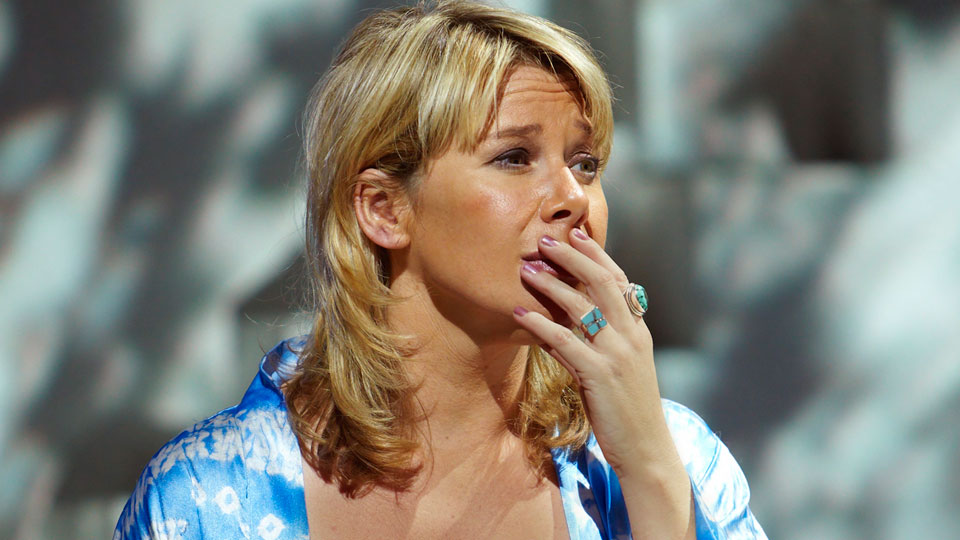 Linzi Hateley returns to the role of Donna Sheridan in the global smash hit musical Mamma Mia! at London’s Novello Theatre from Monday 13 June 2016. This is a role she has played twice before in London – from 2007-2009 and in 2010. Her other recent theatre credits include the national tour of Barnum, London Road (National Theatre) and Les Misérables (Queen’s Theatre). Linzi also appeared in the film version of London Road.

From West End to global phenomenon, Mamma Mia! is Judy Craymer’s ingenious vision of staging the story-telling magic of ABBA’s timeless songs with an enchanting tale of family and friendship unfolding on a Greek island paradise. To date, it has been seen by 60 million people in 50 productions in 16 different languages grossing more than $2 billion at the box office. In 2011, it became the first Western musical ever to be staged in Mandarin in the People’s Republic of China. Mamma Mia! is currently on its first ever UK Tour, receiving great critical and public acclaim.

Mamma Mia! originally opened in London at the Prince Edward Theatre on 6 April 1999, before transferring to the Prince of Wales Theatre in 2004. The musical re-opened at the Novello Theatre in 2012 and celebrated its 17th London Birthday on 6 April 2016. The new booking period, until 4 March 2017, goes on sale on Friday 22 April 2016.

The London production of Mamma Mia! has been seen by more than 10% of the entire UK population. The show has celebrated over 7,000 performances in London and has broken box office records in all three of its London homes.

See http://www.mamma-mia.com/ for more details and to book.

In this article:Linzi Hateley, Mamma Mia!