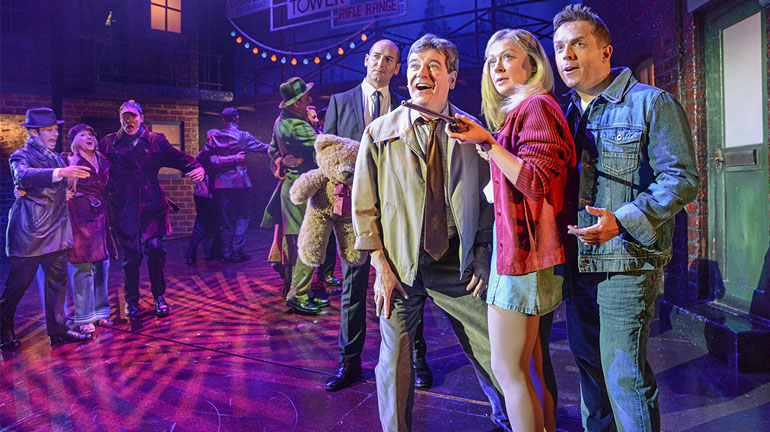 Telling the captivating story of twins separated at birth, only to be reunited by a twist of fate and a mother’s haunting secret, Willy Russell’s award-winning musical Blood Brothers returns to Leeds Grand Theatre from 7th May.

The epic tale of Liverpool life started as a play performed at a Liverpool comprehensive school in 1981 before opening at the Liverpool Playhouse two years later. Sell-out seasons in the US, Australia, Canada, New Zealand and Japan followed as well as running in London’s West End for 24 years.

Reprising her seminal role as Mrs Johnstone is Olivier Award-nominated British actress Linzi Hateley. “Mrs Johnstone is an iconic role that I’ve always secretly dreamed of playing,” says Linzi. “I’m thrilled to perform it to audiences right across our country.”

Joining Linzi will be Alexander Patmore, Joel Benedict and Paula Tappenden as Mickey, Eddie and Mrs Lyons respectively. Having recently played Bobby Willis in Cilla The Musical, Patmore makes his debut as Mickey Johnstone. Benedict and Tappenden are long associated with the production having previously played their respective roles on tour and in the West End.

The memorable score includes A Bright New Day, Marilyn Monroe and the emotionally charged hit Tell Me It’s Not True.

Blood Brothers is at Leeds Grand Theatre from Tuesday 7th to Saturday 18th May 2019. Book online at leedsgrandtheatre.com or call Box Office on 0844 848 2700.