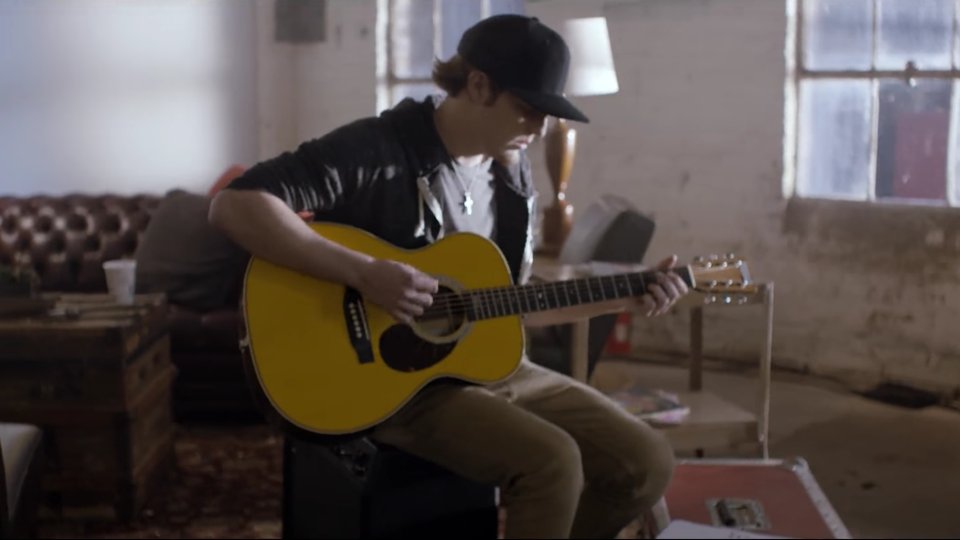 Tucker Beathard has released the music video for his debut single Rock On.

Following its premiere on People earlier in the week, the video is now available on Tucker’s YouTube and Vevo channels. Rock On was directed by Good One, a filmmaking collaboration between brothers Ry and Drew Cox from LA.

“Making a music video definitely felt surreal,” said Beathard. “Even though it isn’t really natural for me and the band to have a bunch of cameras around when we’re playing, we had some fun with it. Having a song on the radio, and now a music video makes it all feel real. We’ll be out on the road with Dierks this summer, which is crazy too. I can’t wait!”

Rock On sees Tucker reflecting on a past love unaware that she too is struggling with their break-up. Tucker co-wrote the song and plays both lead guitar and drums on the track.

Next week Tucker hits the road for Dierks Bentley’s Somewhere on a Beach Tour, which kicks off on 12th May in Holmdel, New Jersey.

Watch the music video for Rock On below: