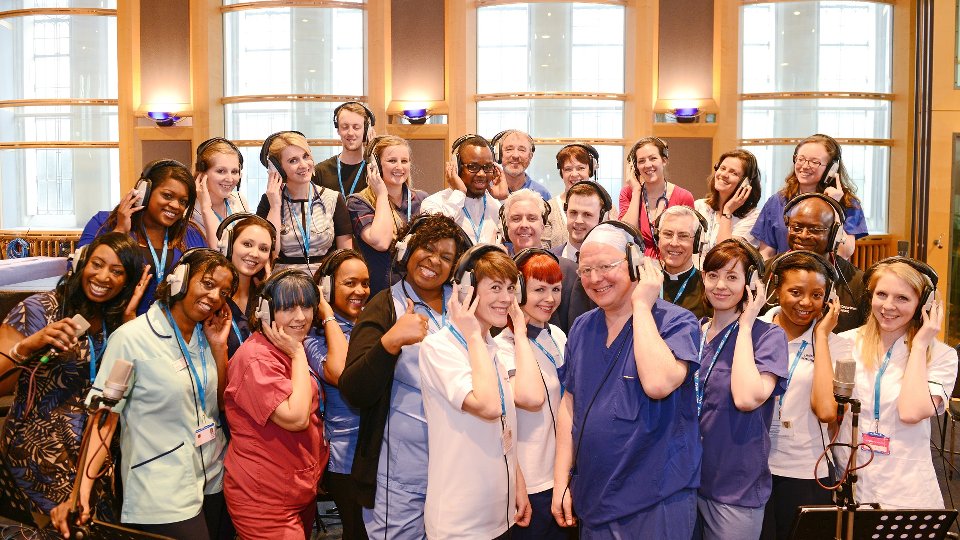 The incredible success of the UK’s NHS Choir continues as news breaks that the choir will be the focus of a new Hollywood movie.

Charting the rise of the Lewisham and Greenwich hospital staff who took time out from their vital day jobs to outsell Justin Bieber, raise money for charity and celebrate the work of the NHS, the movie rights have been bought by top LA film producer Julia Verdin whose credits include The Merchant of Venice starring Al Pacino and 2 Jacks starring Sienna Miller.

The movie will feature backstories of the 32 choir members and their work. It will tell the story of how their Christmas number one A Bride Over You came to be and tell the choir’s pride in the NHS.

Professor Jonathan Shalit OBE, founder of London’s largest independent talent management agency ROAR Global which now manages the choir and who landed the movie deal, said: “This choir, made up of a typical group of the wonderful people who work in our NHS, have tapped into what is too often the unspoken pride felt by millions in the work of one of the nation’s most cherished institutions.

“The coming together of their story and that of the incredible work of NHS truly is the stuff of movies and I am thrilled that Julia Verdin is on board to create a film which will resonate globally.”

Julia Verdin, who is President of Rough Diamond Productions, said: ‘I believe people will love watching this remarkable and uplifting story which has already touched the hearts of millions in the UK.”

The choir will release its debut album on 3rd June 2016, Something Inside So Strong, through Universal Music.

Proceeds will go to the Lewisham and Greenwich NHS Trust charitable funds to help provide funding for goods, services and research which fall outside core NHS responsibility and which benefit patients and staff.

Advertisement. Scroll to continue reading.
In this article:NHS Choir