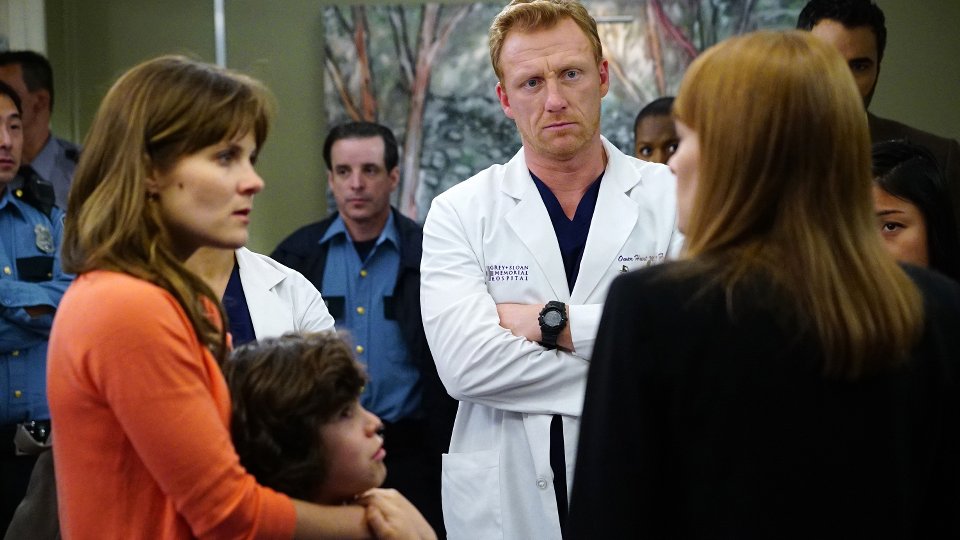 Bailey (Chandra Wilson) worried that she couldn’t be fully impartial so she asked Owen (Kevin McKidd), Meredith (Ellen Pompeo) and Maggie (Kelly McCreary) to form a disciplinary committee to investigate Ben’s actions and decide his punishment. It was agreed that Ben had done nothing wrong but Bailey decided to suspended him for 6 months, which caused problems for their relationship.

Elsewhere Bailey resuscitated a man whose mother had signed a DNR, Arizona (Jessica Capshaw) hired a lawyer to fight Callie (Sara Ramirez) for custody of their daughter, and April (Sarah Drew) panicked that there was something wrong with her baby.

The next episode of the season is Trigger Happy. The doctors of Grey Sloan have their work cut out for them when a young boy arrives at the hospital after being accidentally shot.