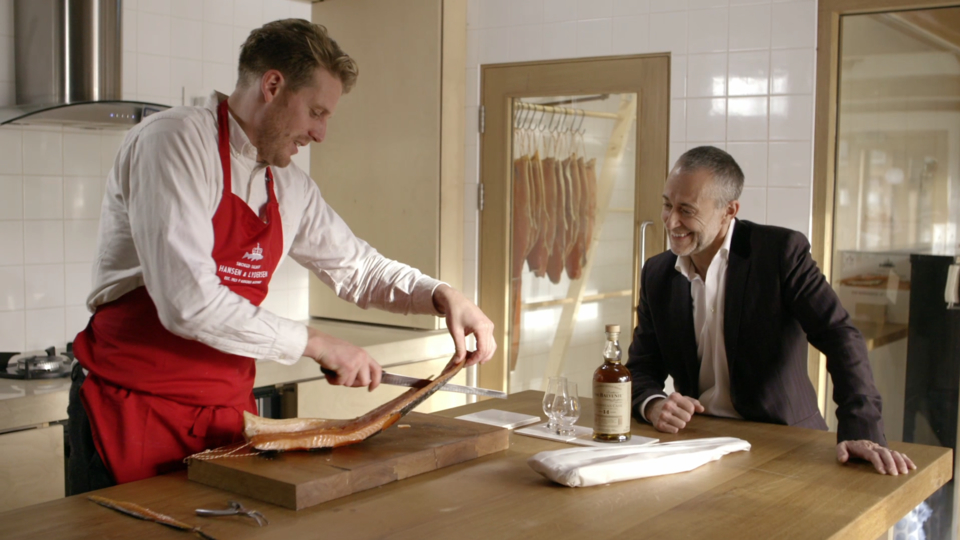 Credit: The Craftsmen's Dinner / The Balvenie

Michel Roux Jr & The Balvenie have released the next instalment from The Craftsmen’s Dinner film series.

The YouTube film series sees the two Michelin starred chef set out to unveil the true meaning of craftsmanship by meeting and discussing the talents and secret skills of six equally gifted people; including one of the only knife makers left in Britain, a music-loving salmon smoker, an organic farmer, a potter and a sparkling wine producer.

The next film, which launched this month, sees Michel Roux Jr meet Ole Hansen at his smokehouse in the Cotswolds to understand the passion, the craft and the jazz music that goes into producing one of the UK’s finest smoked salmons.

Each Hansen & Lydersen salmon is carefully hand-filleted and hand-salted according to a family recipe devised by Norwegian fishmonger Lyder-Nilsen Lydersen in 1923. It is then traditionally hung and slowly cold-smoked in the brick kiln of their Stoke Newington smokehouse where it moves in the wind for 12 hours. They use a unique blend of juniper and beech wood for a pleasantly sharp and piquant aroma. Their wood shavings are responsibly sourced, 100% pure wood – with zero chemicals.

To celebrate the release we have managed to get our hands on a copy of Michel’s new cookbook; The French Kitchen to offer to one lucky reader.

The last film will be released at www.youtube.com/TheCraftsmensDinner on the following dates:

You can check out the previous short films at the link above too.

In this article:Competition, Michel Roux Jr, The Balvenie, The Craftsmen's Dinner