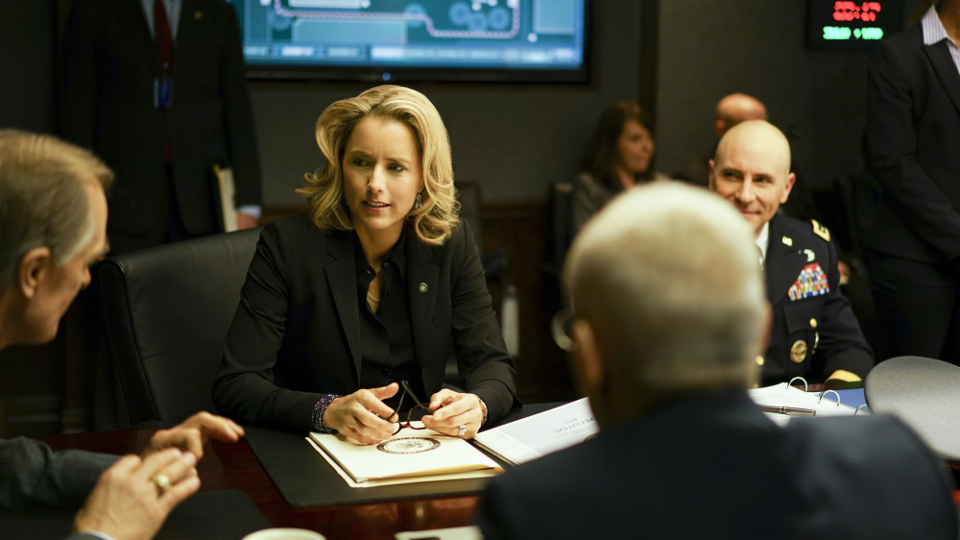 In the latest episode of Madam Secretary, a terrorist group known as Hizb al-Shahid carried out a heist on a truck carrying Uranium.

Elizabeth (Téa Leoni) saw the danger in what had happened despite the rest of her White House colleagues dismissing the heist as important. She was given the go ahead to get a team together to investigate.

Jay was given the task of looking into the Uranium heist. He was paired with an elder employee called Walter Nowack from the ISN bureau. Walter uncovers that the passenger in the truck was the chief inspector of the plant where the Uranium was taken.

Elsewhere, two girls from Ohio ran away in an attempt to join the terrorist group in Libya. The FBI informed Elizabeth that the girls had been stopped by the Saudi Arabian government who had then decided to hold them.

While all this was going on Elizabeth was also preparing for a conference where she was to meet a Saudi Arabian girl. The girl had acid thrown in her face after campaigning for the right to work and equal education.

Russell Jackson (Željko Ivanek) asked Elizabeth to stay away from the conference and the girl. He was in the middle of an arms deal with Saudia Arabia and felt that attending the conference would upset the Saudi’s. Instead the rest of the McCord family would be attending while Elizabeth watched remotely.

Elizabeth spoke to Saudi Arabia’s Prince Asim and managed to get the Saudi’s to release them. They then discovered that the terrorist group had been planning an attack on Saudi Arabia and wanted one of the girls to get close to the girl at the conference and blow her up.

As the conference got underway Jay gave Elizabeth new information that suggested Hizb al-Shahid was behind the Uranium purchase. Elizabeth tried to get the conference shutdown immediately. At the same time a girl ran in and detonated herself. Elizabeth’s effort got many people out alive, including the McCord children, but Henry (Tim Daly) stuck around to help.

At the end of the episode people wearing hazmat suits entered the conference room. It looks like Henry has probably being exposed to the radiation from the bomb.

The next episode of season two is Right of the Boom. While dealing with the aftermath of an attack on the U.S., Elizabeth springs into action to provide answers for President Dalton’s many questions about how this violence was able to occur.