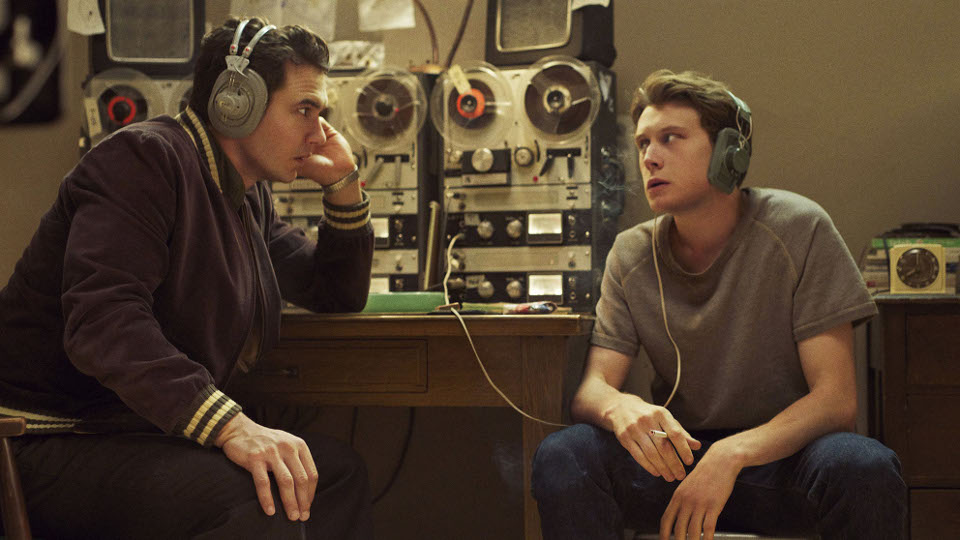 At the end of the last episode, after killing Frank Dunning, Bill found one of Jake’s newspaper clippings from the JFK assassination. Jake owned up that he was from the future and Bill was happy with the explanation.

With nothing better to do now that Frank is dead, Bill agreed to drive Jake to Dallas for $100. On the way they stopped at a motel and Jake had a nightmare. He thought he was fighting with Frank in his dream but it turned out he was attacking Bill. It’s unclear if this was caused by the stress of taking Frank’s life or time pushing back for being changed.

After arriving in Dallas, Bill decides he want’s to stick around and help. Jake initially said no but eventually gave in and called Bill his partner. They visited the scene of the JFK assassination and Jake explained the possible theories to Bill.

The pair still had two years to go before the attempted assassination of General Walker, which was Jake’s first mission to see if Lee Harvey Oswald was involved. So Jake and Bill rented an apartment across from where Lee Harvey Oswald will be living. Jake also landed teaching job at a school in the nearby town of Jodie.

To celebrate Jake’s new job they visited a strip club and Bill got very drunk. While there they met the owner Jack Ruby (the man who shoots Oswald after Kennedy is assassinated). The excess alcohol made Bill speak without thinking and he told Ruby that Jake was from the future but Jack laughed it off. The next day Jake makes up a cover story that they are brothers to try and prevent future incidents.

After Jake’s first day teaching there was a time jump two years later to 1962. Jake was still teaching and is asked to chaperone a school dance with the new librarian, Sadie Dunhill (Sarah Gadon). She’s the woman that Jake met back in 1960 on his first trip to Dallas. He discovered that she no longer had a husband.

Before the dance Jake and Bill get setup ready to surveil Lee Harvey Oswald who was due home from Russia. Jake organised some bugging equipment saying he was going to use it to spy on his wife in order to get a divorce.

Jake was waiting to see Lee Harvey Oswald arrive back at the airport and knew it would be a few days before he moved into his new apartment. Jake went off to chaperone the dance and agreed a time to meet Bill to bug the apartment.

At the dance Jake and Sadie got on incredibly well and had lots of fun. They confiscated some spiked punch from some of the students and then sampled it themselves. During the dance they also took to the dance floor where Jake impressed Sadie by knowing all the steps to the ’60s hits. Jake told her they made a good team but then left abruptly citing an emergency but said he’d be back.

Jake and Bill went to bug the apartment but were unexpectedly disturbed by Oswald who had brought his Russian wife Marina for a look at the apartment. Jake and Bill managed to hide while Oswald and Marina got down to some heavy petting. They found a way into the air vents and while crawling through the dark and cobwebs a large spider found Bill making him scream. Fortunately they were able to escape back home before Oswald caught them but Jake didn’t make it back to a very disappointed Sadie.

Jake and Bill spend days listening in on Oswald and his wife Marina who Bill became obsessed with. It’s boring work until George de Mohrenschildt turned up to see Oswald. This is big but Jake can’t do anything about it because they held a conversation in Russian.

Jake headed off to the school library in search of a Russian dictionary. While there he was also able to apologise properly to Sadie who gave him a kiss and said she liked dancing with him. She also requested he take her to dinner but warned him not to disappoint her again like the school dance. Jake promised not to.

When Jake returned home he found that Bill had been beaten up and their surveillance equipment stolen. Their homophobic neighbour, Raphael, was responsible so Jake went and got it back but it was pretty ruined.

At the end of the episode Jake and Bill went to a rally for General Walker where they followed Oswald. After the rally they witnessed Oswald shouting and screaming at General Walker and fighting with his guards while Mohrenschildt watched. As Oswald walked away he threatened to kill Walker.

The next episode is The Eyes of Texas. Jake and Bill intercept a conversation between George and Lee and run into some trouble while tracking them.