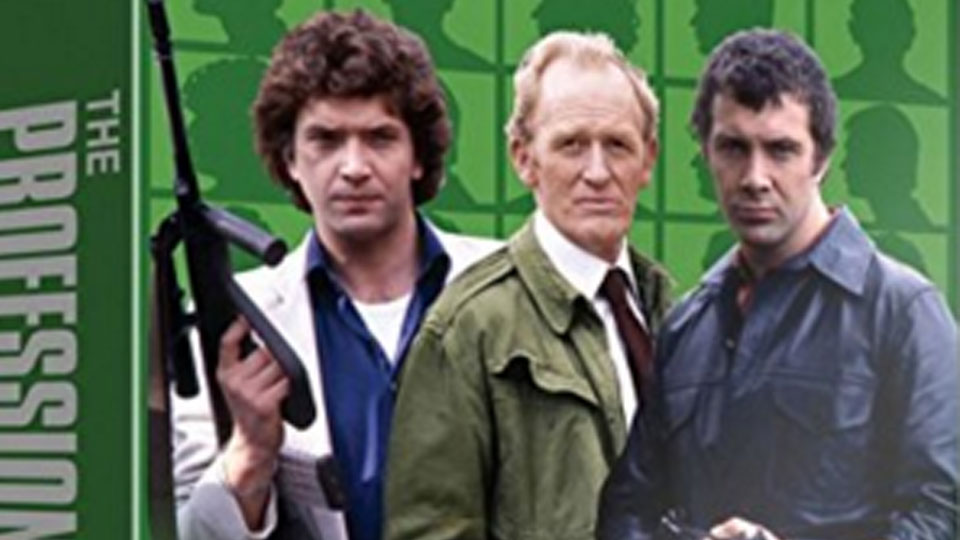 The fourth and final box set from the original run of The Professionals (look out for the release of 90s reboot CI5: The New Professionals at a later date) brings together eighteen episodes from the fourth and fifth seasons of the cult classic British series, which is available to own on Blu-ray.

As with previous instalments, The Professionals Mark IV is fast, fun entertainment in its purest form. Lewis Collins and Martin Shaw continue the bromance as Bodie and Doyle: two agents of the fictional CI5 who are assigned tricky and dangerous cases by their aloof but well-meaning boss, Cowley (Gordon Jackson).

Once again, this release is well-worth acquiring, especially for fans of the series, because it has been magnificently restored. The picture and sound quality is superb, as well as the colour contrast. The painstaking restoration pays off, and the high-definition result is as a consequence of the production using expensive film stock when it was originally shot in the early 1980s.

That said, this box-set of episodes doesn’t quite live up to the standard set by the first three. There’s the sense that the writers were retreading old ground, with similar scrapes for the lads to find themselves in. It was wise to end the series at this time before standards waned and the format became too tired.

Although the overall quality of the series had dipped by this point in its run, there’s still a lot to enjoy across the eighteen episodes, with guest appearances by leading talent and a return for some of the most exciting writers and directors. Creator Brian Clemens pens The Untouchables: one of the better episodes, and one which is as gung-ho espionage as James Bond.

The first episode, The Gun, has promise, and once again doesn’t shy away from tackling controversy (the story revolves around a schoolboy who accidentally shoots his friend with a drug dealer’s gun), but the social realism angle it goes for doesn’t fit the world of the series and gives it an inconsequential feel. Wild Justice is an improvement, since it gives the wonderful Lewis Collins plenty to do in a storyline that penetrates psychologically deeper than usual: is Bodie cracking up?

Hijack is the only episode of this set to be directed by Martin Campbell (Casino Royale, Edge of Darkness). His directorial flair gives the episode an added spice, though the story is at first confusing and later pedestrian. A subplot involving a dead girl turns out to be a blind alley, as the main story hones in on the smuggling of silver bullion from behind the Iron Curtain. It guest-stars Denis Lill (Survivors) as the villainous Josef Merhart, complete with commendable Eastern European accent. As usual, Lill oozes presence and charisma.

Another episode of note is Spy Probe, in which Russian assassins are targeting security personnel, and the government suspects that a double agent is at work. Bodie and Doyle are employed to root out the mole. The episode guests Graham Crowden (Waiting for God) as the Minister, and he brings his usual comedic eccentricity to the part. A young Patrick Ryecart also features, playing one of his many shifty characters.

The extras on disc five highlight the differences between the series’ stars. Martin Shaw is interviewed at a West End theatre, talking rather pretentiously about his serious acting credentials; Lewis Collins is seen enjoying himself and giggling far too much whilst making an advert for NAAFI.

Greg Jamesonhttp://www.gregoryjameson.com
Book editor, with an interest in cult TV.
Previous article
The Blacklist 3×19 Cape May preview
Next article
11.22.63 1×04 The Eyes of Texas preview