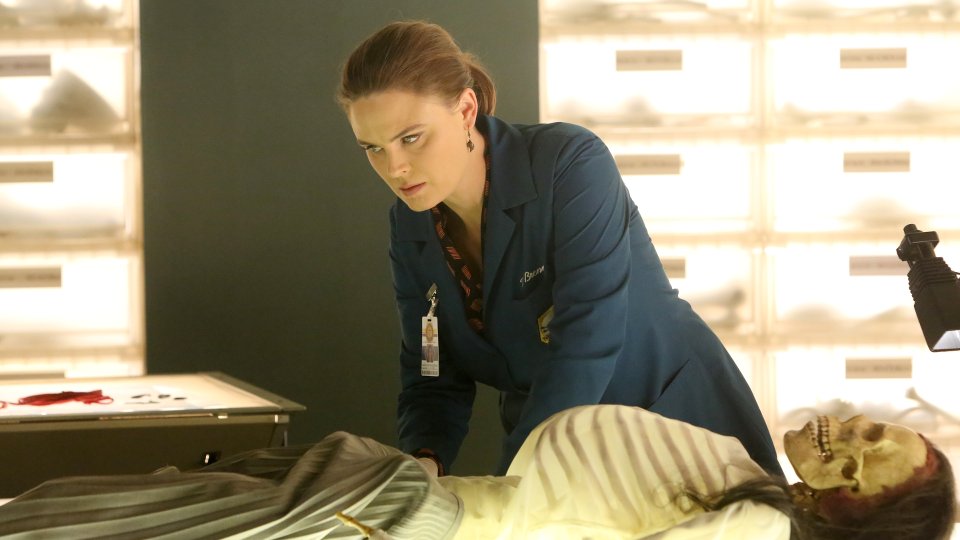 On the latest episode of Bones the team investigated the death of a man who was the founder of a men’s rights organisation.

Brennan (Emily Deschanel) and Booth (David Boreanaz) were shocked when they visited the group and heard the things the members were saying. During an interrogation with the co-founder, Brennan lost her temper and punched him in the face. They discovered that the victim was killed by his abusive wife and their decorator, who she was having an affair with.

Elsewhere in the episode Hodgins (T.J. Thyne) took his anger out on Angela (Michaela Conlin) and Cam (Tamara Taylor) attempted to help him adjust by getting him involved in lab experiments.

The next episode of the season is The Monster in the Closet. The team investigate a serial killer who appears to have a disturbing relationship with his victims after death.