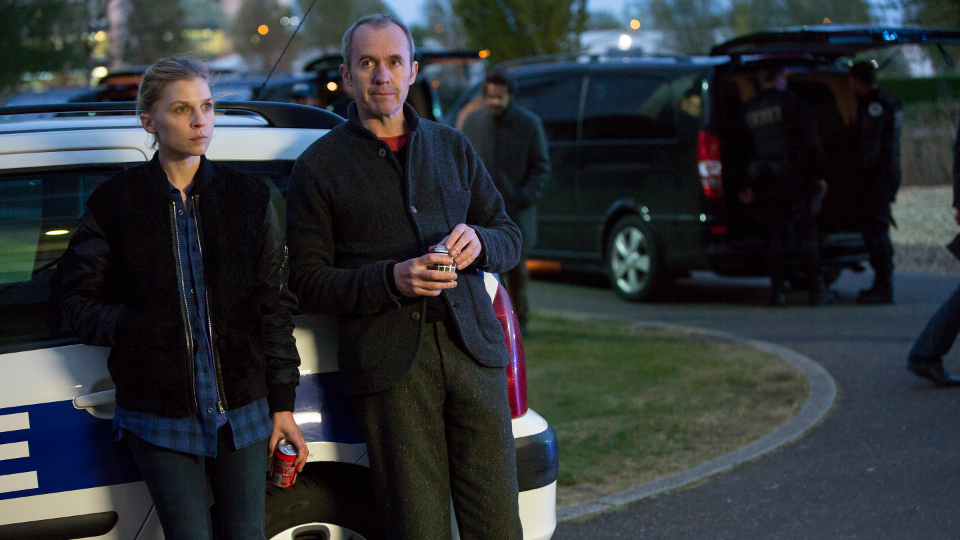 On the latest episode of The Tunnel: Sabotage, Professor Sonny Persaud (Clarke Peters) came forward after the police released a photofit of their suspect. Having seen the image on TV he thought it might be his daughter Rosa (Hannah John-Kamen).

Karl (Stephen Dillane) and Elise (Clémence Poésy) interviewed Sonny and confirmed it was his daughter by his extra information. The plot thickened when he revealed that Robert Fournier had been a student of his and known his family.

Elise, against the wishes of her boss, confessed to Karl about the suspected remote hacking of the plane’s autopilot. They continued to focus their attention on the Judge and his secretary who didn’t board the flight. Another passenger of interest was identified as a Polish police officer who was tracking the human trafficking gang.

Karl was able to uncover Rosa’s movements thanks to the GPS data collected by her diabetes phone app. He was able to cross-reference this information with places that might have bought the oil in the previous episode. This led to the discovery of Madeline Fournier’s body.

Following the clues took Karl and Elise back to Calais. There they were able to pinpoint her location and track her to attempt an arrest. The operation didn’t go quite as planned and the result was a shootout in the streets. After a short battle Rosa was captured and brought in for questioning.

Meanwhile, Laura (Karl’s wife) made fun of fracking on social media. It looks like she may have a stalker due to her posting.

Elsewhere in the episode, the girl who escaped the human trafficking gang last episode tried to flee the country via ferry. At border control a problem with her passport led to her arrest. Karl and Elise later tried to question her but were stopped by Mike Bowden (Stanley Townsend), Karl’s boss.

At the end of the episode the girl falls from the window of the room where she was being held. She was presumably pushed and was killed as she hit a car below.

On the next episode of The Tunnel: Sabotage, Karl and Elise receive a tip-off from a woman they believe knows Robert Fournier’s whereabouts. But can she be trusted?