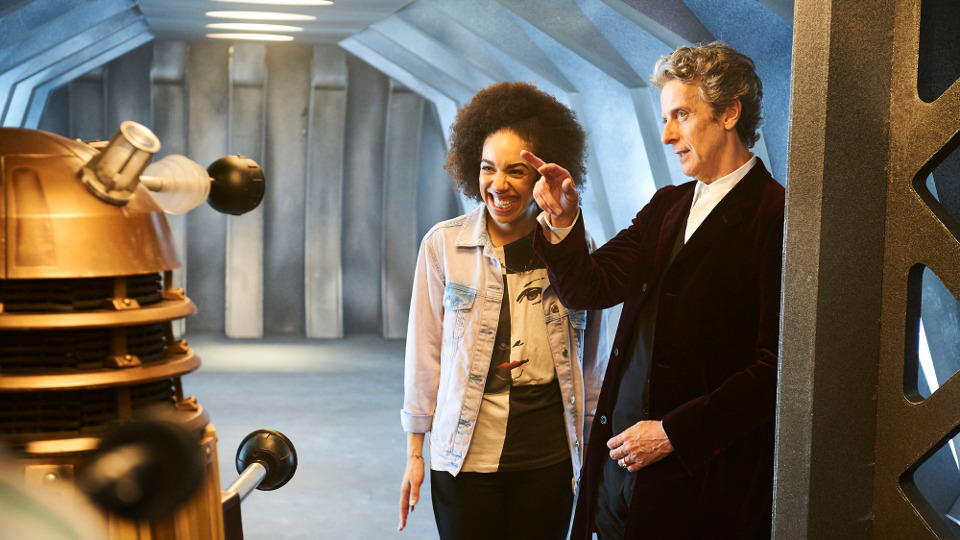 Pearl Mackie will join the Doctor Who cast as The Doctor’s new companion, Bill. Pearl was exclusively revealed to audiences on BBC One during half time of the FA Cup semi-final between Everton and Manchester United.

On joining the cast in her first major television role, Pearl said: “I’m incredibly excited to be joining the Doctor Who family. It’s such an extraordinary British institution, I couldn’t be prouder to call the TARDIS my home!

Peter Capaldi is such a brilliant actor, and his Doctor is such a wacky and wonderful character, I can’t wait to see what adventures are in store for him and Bill throughout time and space. Reading the script at the audition I thought Bill was wicked. Fantastically written, cool, strong, sharp, a little bit vulnerable with a bit of geekiness thrown in – I can’t wait to bring her to life, and to see how she develops through the series. I always loved stage combat at drama school so I can’t wait to get on set and kick some evil monsters into the next dimension!

Shooting the trailer was absolutely mental, there were pyro technics and smoke and I met my first Dalek! I’m not sure it will ever become ‘the norm’ seeing crazy monsters on set, but I cannot wait to meet some more! The weirder the better, bring it on!”

Watch a clip from the new series below:

The Doctor himself, Peter Capaldi said: “It is a genuine delight to welcome Pearl Mackie to Doctor Who. A fine, fine actress with a wonderful zest and charm, she’s a refreshing addition to the TARDIS and will bring a universe of exciting new possibilities to The Doctor’s adventures.”

Mackie replaces Jenna Coleman who played companion Clara Oswald. She left the show in 2015 to take on the role of Queen Victoria in a major ITV drama series.

Doctor Who will return later this year with a Christmas Special. This will be followed by a new series on BBC One in 2017.

See the first pictures of Pearl Mackie in our gallery below:

In this article:BBC One, Doctor Who, Pearl Mackie, Peter Capaldi