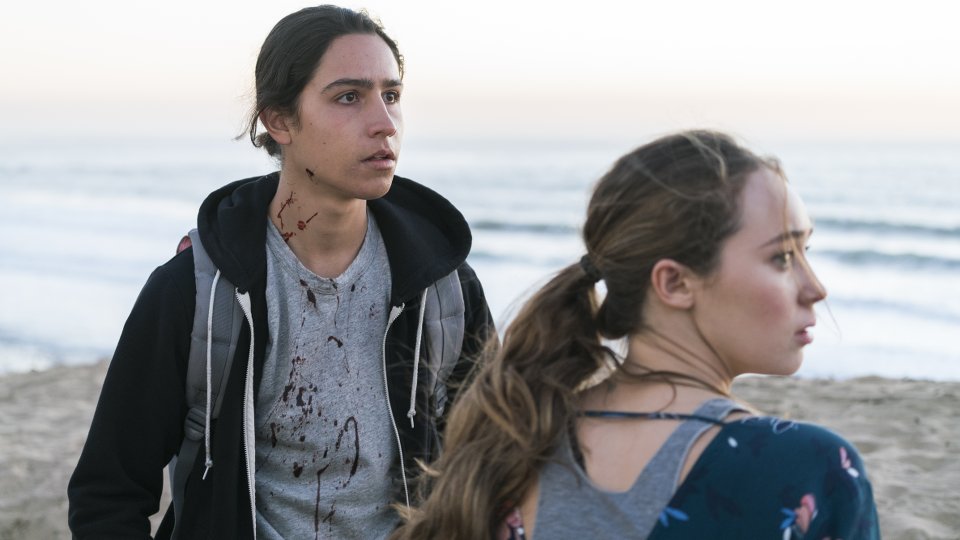 Madison (Kim Dickens) and Travis (Cliff Curtis) investigated a house on the shore after seeing lights flashing in the windows on the latest episode of Fear the Walking Dead.

Once on the shore they met George (David Warshofsky) and his family who believed that the outbreak was nature’s way of culling humanity. George’s wife Melissa (Catherine Dent) appealed to Madison to take her children when they leave the island.

Nick (Frank Dillane) discovered that George was planning on poisoning his whole family as part of a suicide pact. Things went wrong when his daughter took her pill and turned into a walker. She turned Melissa and the group fled with the family’s young son. A tense face-off took place on Strand’s (Colman Domingo) boat with the oldest son of the family who took his brother back.

Meanwhile Daniel (Rubén Blades) broke into Strand’s quarters and found out that the destination he was taking them to was Mexico.

The next episode of the season is Ouroboros. Madison confronts Strand about his mysterious destination. Nick, Alicia, and others inspect wreckage from a plane crash.

Tune in to AMC at 10/9c on Sunday in the US and AMC UK at 2am and 9pm on Monday in the UK to see the episode. Preview it with our gallery below: