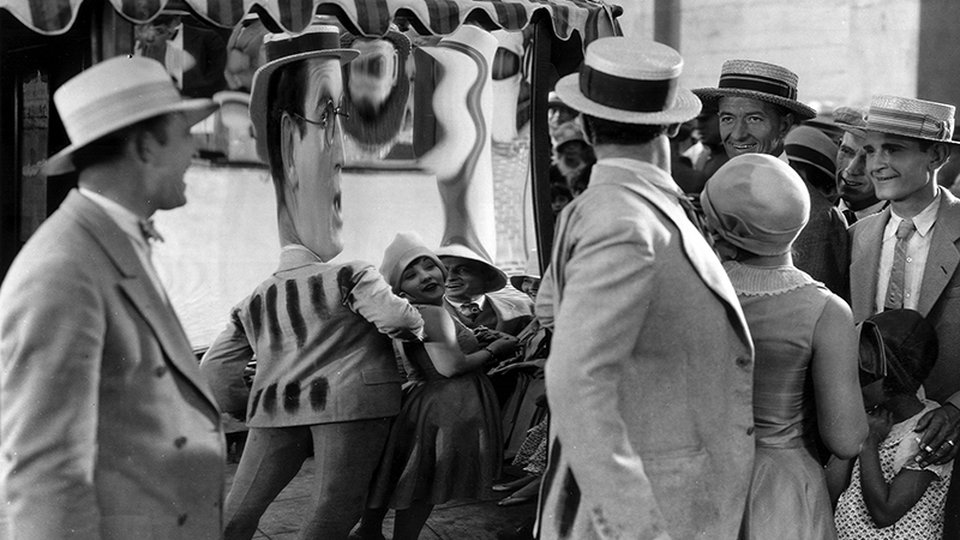 Chaplin and Keaton will always be thought of as the Kings of silent cinema, but to overlook Harold Lloyd and his contribution to the art form would be a huge mistake. Not as grumpy as Keaton, or as melancholy as Chaplin, Lloyd was the all-American go-getter of the three. A fast moving and daring performer, hugely popular with cinemagoers. By the time the silent era drew to a close, Harold Lloyd was the biggest box office star in America.

Speedy was Lloyd’s final silent film, and what a terrific film it is to sign off that era. His talkies were less successful, and his famous “glasses character” was too optimistic for depression era America and his popularity waned. Speedy was his last great film.

The plot follows Lloyd’s character “Speedy” – a baseball obsessed New Yorker who can’t hold down a job. He is trying to save the city’s last horse-drawn streetcar from being bought out by unscrupulous businessmen. As you would expect from a Harold Lloyd film, the stunt work is exceptional. The segment where he works as a cab driver is genius, featuring incredible driving and slapstick comedy at it’s absolute best.

It almost goes without saying that the transfer by Criterion is stunning. Picture and sound clarity are extraordinary.

There is also a short documentary about the making of the film, focusing on the location shoot in New York. Amazing to see the real 1920s New York on film. Also on this disc is a film about babe Ruth’s appearance in the film, and how significant this was, to have the biggest box office star in the world alongside the most famous sportsman in America.

The special features keep on coming, with a fascinating piece on the deleted scenes, detailing how Lloyd used preview screenings and a “lafograph” – a device which recorded audience reactions to the jokes.

The disc is rounded off with a selection of home movies narrated by Lloyds grand-daughter, and the first short film to feature the “glasses character” – Bumping into Broadway from 1919.

Advertisement. Scroll to continue reading.
In this article:Speedy, The Criterion Collection