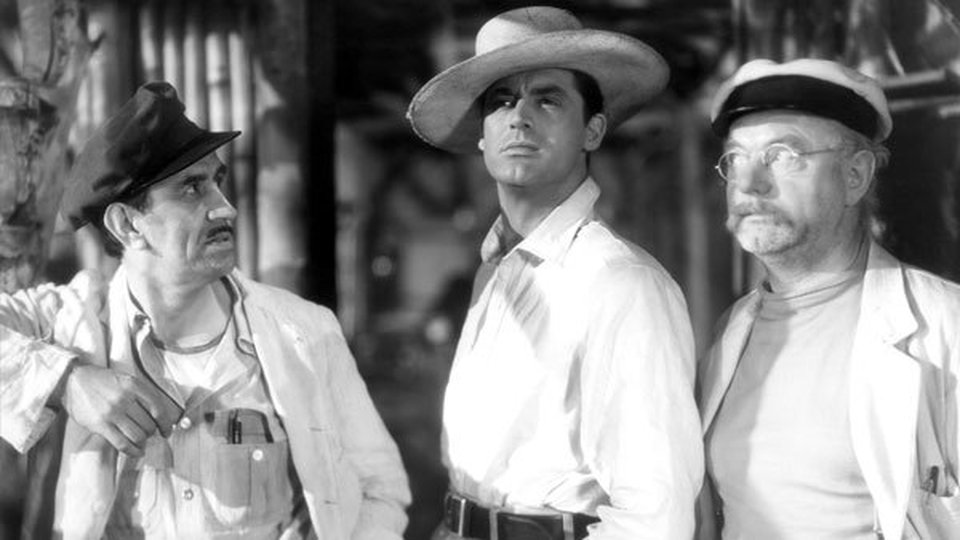 Howard Hawks’ 1939 classic gets the Criterion treatment for this lush new Blu-ray release. Following the professional and romantic exploits of a rag-tag rabble of daredevil pilots working out of a South American shipping port, Only Angels Have Wings is an entertaining slice of aviation cinema.

The film is slow paced by modern standards, but ticks along on the likeability of the lead actors. Cary Grant, as the daring airline owner Geoff Carter is his usual dashing self, even managing to pull off wearing a quite ridiculous outfit. Jean Arthur is classic lead gal with gumption, and Rita Hayworth, in an early role shows promise of the screen goddess she will become.

The plot doesn’t amount to much, and it doesn’t have to. It exists solely to provide a framework on which to scrutinise the macho behaviour of these maverick flyboys, and the emotional strain they put themselves under whenever they take to the skies.

It’s a very talky film, and surprisingly melodramatic, but the flying sequences are thrilling, and look excellent in this new transfer. Sadly they make up very little of the overall running time. This isn’t Hawks at his absolute best (The Big Sleep, His Girl Friday, To Have and Have Not), but is still very much worth watching, and this new release is fantastic.

On the disc we have Audio excerpts from a conversation between filmmakers Howard Hawks and Peter Bogdanovich from 1972. There is also an interview with film critic David Thomson, recorded in 2016 exclusively for this release. Also in the supplementary material is a brand new documentary with visual effects genius Craig Barron and legendary sound designer Ben Burtt discussing the aviation films of Howard Hawks. The 60 minute radio adaptation of Only Angels Have Wings, with Grant, Arthur and Hayworth all reprising their roles is also included.

Advertisement. Scroll to continue reading.
In this article:Only Angels Have Wings, The Criterion Collection