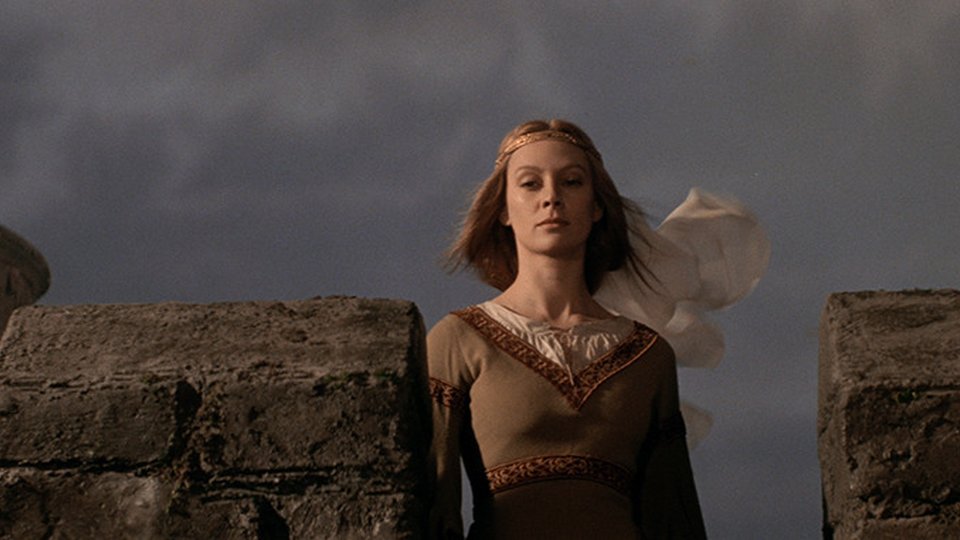 On August 8th 1969, four members of Charles Manson’s so-called “family” invaded the home of acclaimed filmmaker Roman Polanski. Five people were brutally murdered that night, including Polanski’s wife, Sharon Tate, who was eight months pregnant. Polanski was in Europe working on a film at the time.

He descended into a dark depression, grieving for his wife and unborn child and blaming himself for not being there. After months and months of suffering he began working on his next project – an adaptation of Macbeth.

It is impossible to watch this film without viewing it through the prism of the Tate murders and the psychological state of the director. It is a bloody and brooding epic retelling of the Scottish play. An artist purging himself of the horror, horror, horror, he has endured.

The film was shot in Britain, mostly in Wales and across the North-East of England. The spectacular locations and exquisite production design add an authenticity to the piece, whilst the dark and angry skies mirror the tone of this adaptation.

For the most part, this adaptation is a close retelling of the play, mixing the poetry and soliloquies between dialogue and internal voice over. This device works particularly well with Lady Macbeth, played with a sweet talking sensuality by Francesca Annis. Like a proto Cersei Lannister, we hear her thoughts as she plots and schemes her way through the game of thrones.

Jon Finch is also excellent, growing into the role of Macbeth, from a valiant soldier to the tortured King, undone by his own weakness, ambition and treachery. He is haunted by his deeds, and Finch, a veteran of Shakespeare, plays this wonderfully.

The film is not as stylistically visceral as Justin Kurzel’s recent, striking version of the play. The colour palette is dark and muted in comparison, full of shadow and fog. However, it is extremely violent. This is not one for Year 9 history class. In the film’s most shocking sequence, Macduff’s home is invaded whilst he is not there. His wife and children are brutally slain, in a hideous parallel to the Tate murders.

Polanski poured everything he had left into this film. All the grief, depression, fear and guilt he was haunted by after the murders – he took it and transformed it into art. There is of course a counter argument to be made that he went too far, and that the savage murders of the Macduff family was nothing more than a cynical and distasteful reconstruction of his own wife’s death.

Wherever you stand on this, Polanski’s Tragedy of Macbeth is a very worthy addition to the canon of Shakespeare on film. The bleak, nihilistic tone mirroring the director’s own descent into mental anguish, fury and hopelessness. Confusion now hath made his masterpiece.

On the disc, we are treated to an extensive “making of” documentary produced exclusively by Criterion in 2014 for this release. Alongside this there is also the original behind the scenes film from 1971, featuring a rare glimpse of Polanski at work. There is also a TV interview with the co-screenwriter, a segment from a 1972 episode of LWT’s Aquarius programme, featuring Roman Polanski, and the original trailers.

In this article:Macbeth, Roman Polanski, The Criterion Collection