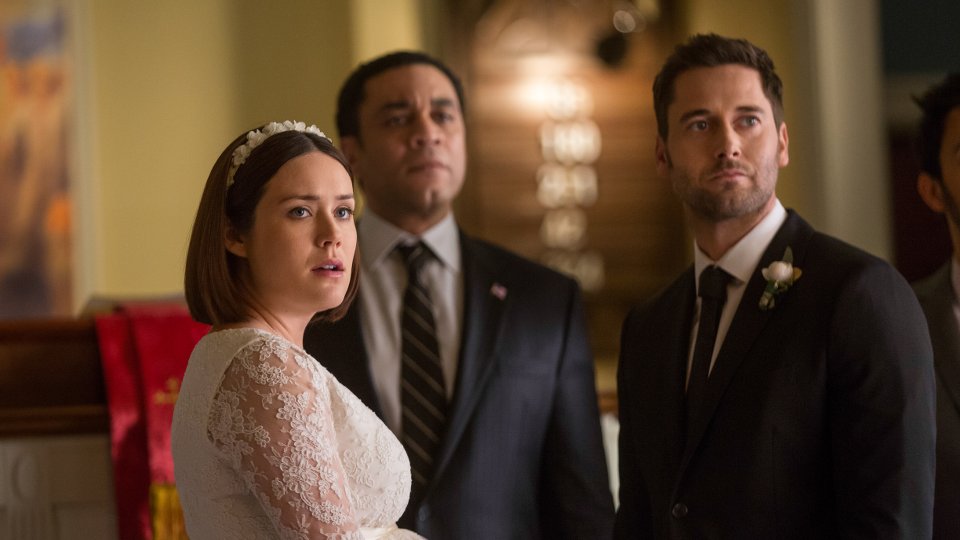 Reddington (James Spader) introduced Liz (Megan Boone) to The Caretaker (Reg E. Cathey) on the latest episode of The Blacklist.

The task force pulled together to try and locate The Caretaker following the murder of a US state government official by the Chinese. They discovered that underground pipes were used to communicate with him. Reddington gave Ressler (Diego Klattenhoff) the location of The Caretaker and after bringing him into custody they learned that his daughter had been kidnapped.

Ressler and Samar (Mozhan Marno) tracked down The Caretaker’s daughter and found out that she had staged her own kidnapping to get away from him. It was also revealed that he took her when she was a little girl.

Elsewhere in the episode Tom (Ryan Eggold) confronted Gina (Margarita Levieva), and Liz found out that her mother may still be alive.

The next episode of the season is Mr Solomon. Red learns that a tactical nuclear weapon is in danger of being stolen. Tom and Liz make a decision that will change their relationship forever.