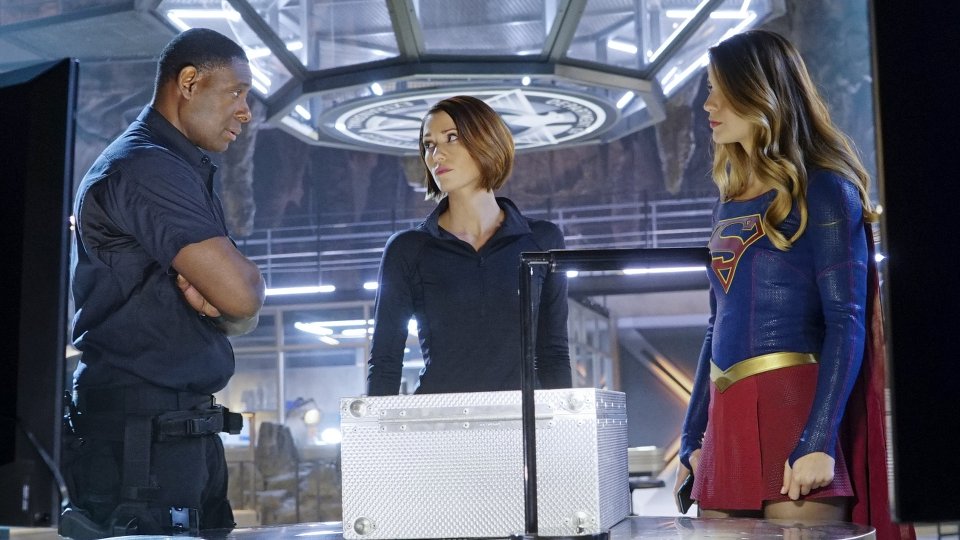 Knowing that Cat had been wanting to contact her estranged son, Kara took it upon herself to finish a letter her boss had started writing and sent it to him. Adam (Blake Jenner) arrived in National City and Kara helped him re-connect with Cat. He also wasted no time in asking Kara out on a date.

Elsewhere in the episode an anti-alien senator (Tawny Cypress) was kidnapped by the creature responsible for killing Hank’s (David Harewood) family. At the end of the episode Kara was surprised to see Supergirl on TV tossing a car off a bridge.

The next episode of the season is Bizarro. Kara goes head to head with her doppelganger when a twisted version of Supergirl shows up in National City determined to destroy her.