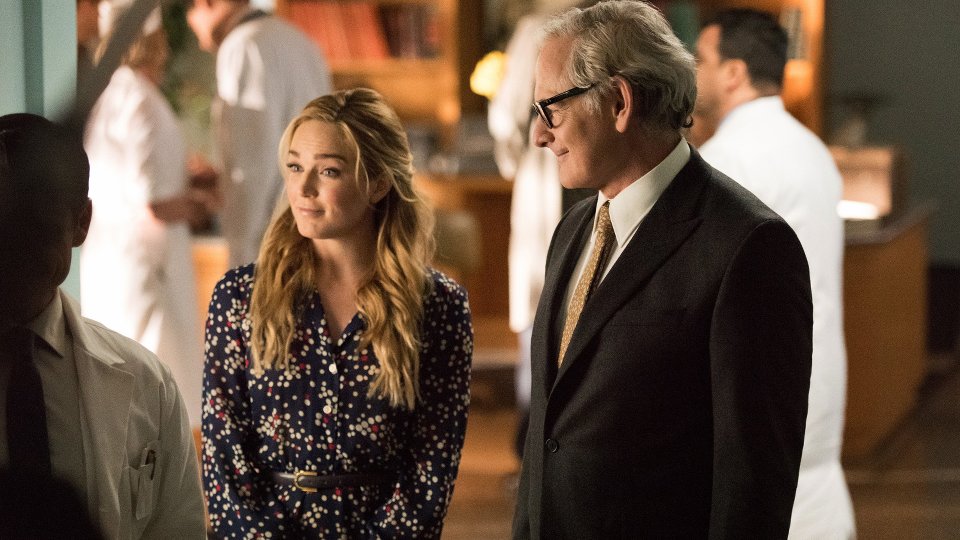 The team received a distress call from another time ship during the latest episode of DC’s Legends of Tomorrow.

When Vandal Savage’s (Casper Crump) trail went cold, Rip (Arthur Darvill) realised that he had to upgrade Gideon’s software to be able to find him again. The distress call gave him an opportunity to help the ship and steal its A.I. software.

Rip, Dr. Stein (Victor Garber), Jefferson (Franz Drameh) and Mick (Dominic Purcell) boarded the ship and all of them, aside from Stein, were kidnapped by time pirates. The pirates wanted to take Rip’s ship but he put it on lockdown to protect it but accidentally locked Sara (Caity Lotz) and Snart (Wentworth Miller) in the hull as air slowly leaked out.

Ray (Brandon Routh) fixed the hull and Stein rescued the rest of the team. Sara, Snart and Rip fought the pirates but were shocked when Mick betrayed them. Rip got the upgrade he needed for the ship and Snart seemingly killed Mick after promising to take care of him following his betrayal.

The next episode of the season is Night of the Hawk. Sara and Professor Stein go undercover when the team trace Vandal Savage to a small 1950s town that’s being terrorised by a spate of murders.

Tune in to Sky 1 HD at 8pm on Thursday night to see the episode. Preview it with our gallery below: