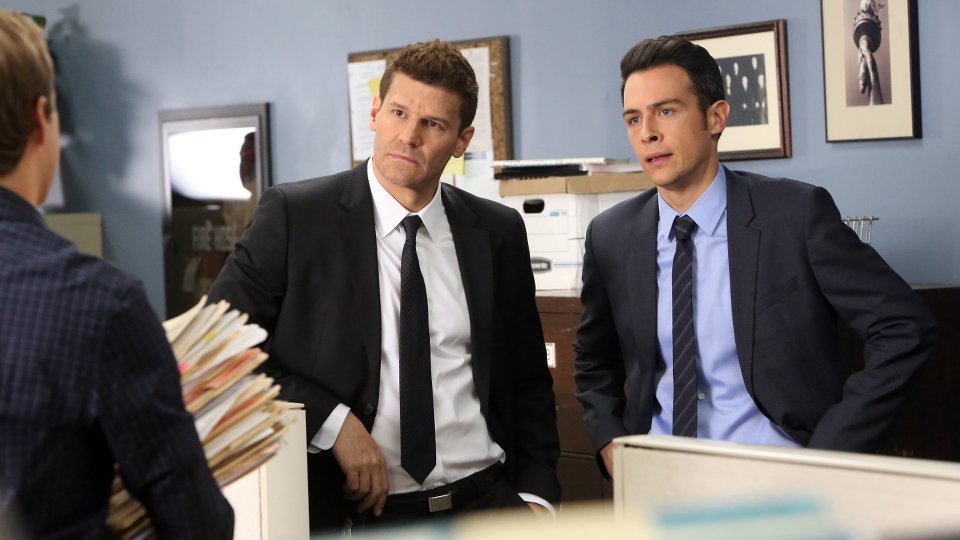 When we last saw Brennan (Emily Deschanel) and Booth (David Boreanaz) they were dealing with a bomb detonation at a crime scene that left Aubrey (John Boyd) in critical condition and Hodgins (T.J. Thyne) paralyzed. The twist for Hodgins was somewhat unexpected as he seemed fine following the explosion but later collapsed in the lab.

Elsewhere in the episode Arastoo (Pej Vahdat) returned to assist the team and told Cam (Tamara Taylor) that he still loved her. Is there hope for the two of them?

The next episode of the season is The Death in the Defence. Bones returns from the midseason break with the team reeling from the news of Hodgin’s tragic injury.