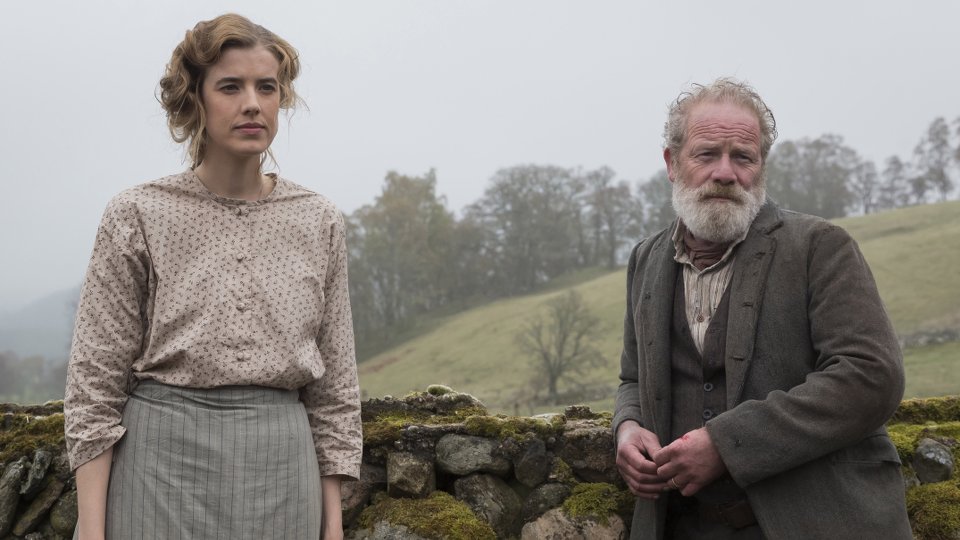 Man Vs. and Sunset Song are out now from Metrodome. To celebrate, we are giving away a bundle of both films on DVD to three lucky winners!

Doug Woods isn’t afraid of the wilderness. Or the dark. Or the cold. Or of snakes, sharks, bears or wolves. He knows which cactus contains water, which mushrooms won’t kill you and can always tell you where due North is. Doug is a professional. A professional survivor. As host of his own hit TV series, “Man Vs”, Doug gets dropped off in remote wilderness locations and is forced to fend for himself for five full days. With no crew, food or water, Doug must film his entire experience with the several cameras he carries on his back. When Doug is dropped off in remote woods of the Canadian Shield, he’s confident he has all the skills necessary to survive the week alone.

But when strange things start happening in the forest, Doug realizes he’s not the only one out there. At first he assumes it’s an animal that’s stealing his food and knocking over his cameras. Then he becomes convinced a territorial hunter is messing with him to scare him off. Finally, Doug realizes the terrifying truth: whatever’s after him isn’t from this world. Miles from help, Doug suddenly finds himself in a fight for his life and will have to rely on his survival skills alone as he attempts to escape the endless forests of Northern Ontario. What Doug has no way of knowing, is that his struggle for survival is a microcosm of an unspeakable global horror.

Told with gritty poetic realism by Britain’s greatest living auteur, Terence Davies, Sunset Song laments the devastation of war and pays fine tribute to the endurance of the land. Set in a rural Scottish community, Sunset Song is driven by the young heroine Chris (Agyness Deyn) and her intense passion for life, the unsettled Ewan (Kevin Guthrie) and for the unforgiving land.

The impact of the First World War is felt from afar, bringing the rapidly changing modern world to bear on this community in the harshest possible way. Yet, in a final moment of grace, Chris endures the great hardships. Now a woman of remarkable strength, she is able to draw from the ancient land in looking to the future.

Sunset Song is an epic in emotional scale and deeply romantic at its core.

To be in with a chance of winning this duo of DVDs, just answer the question below.

In this article:Competition, Man Vs, Sunset Song