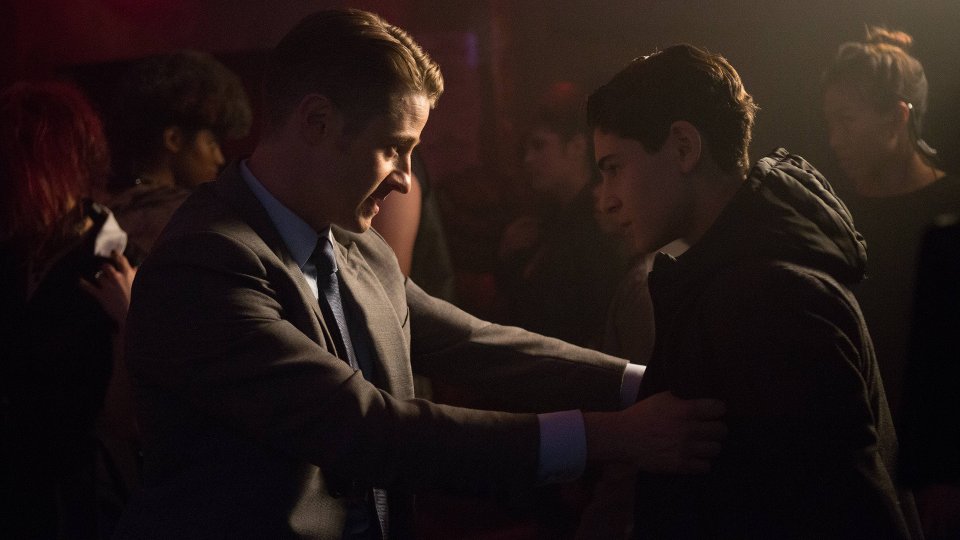 Victor Fries (Nathan Darrow) was stopped on the latest episode of Gotham.

After building himself an armoured suit, Victor battled his way into the asylum where Nora (Kristen Hagar) was being held with Leslie (Morena Baccarin). Promising not to hurt her, Victor took Leslie with Nora so that she could help him keep his wife alive. Victor froze his wife unaware that she’d swapped the formulas so his attempt killed her.

Unable to cope with the situation Victor tried to commit suicide by freezing himself but it didn’t work. Instead he found himself at Indian Hill where he was told he can no longer survive outside of sub-zero temperatures.

Elsewhere in the episode Bruce (David Mazouz) researched a lead in his parents’ murder and enlisted Selina (Camren Bicondova) to help him kill the man he believed was responsible.

The next episode of the season is This Ball of Mud and Meanness. Alfred (Sean Pertwee) and Selina help Bruce on his quest to find his parents’ killer.