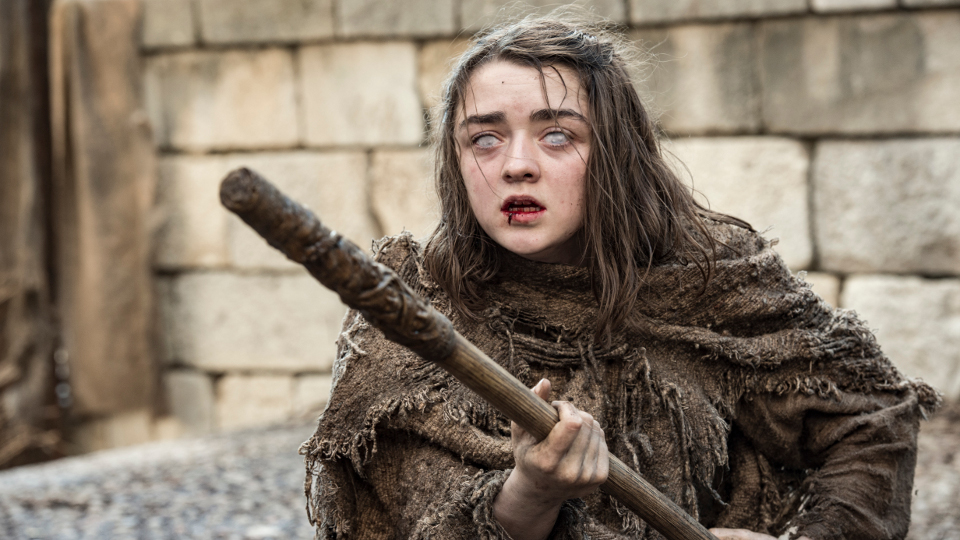 Game of Thrones season 6 had it’s premiere in Los Angeles last night. A select group of people, sworn to secrecy, were allowed to watch the first episode which is titled ‘The Red Woman’.

The episode was written by showrunners David Benioff and D.B. Weiss, and directed by the returning Jeremy Podeswa. The official synopsis is below:

There’s only two weeks left to wait until the rest of the world gets to see it on April 24th/25th. Today HBO have released a second trailer that runs for 2 minutes and has plenty of new footage that wasn’t shown in the first trailer last month.

Watch the second trailer for Game of Thrones season 6 below:

If you want to avoid any kind of spoilers you probably shouldn’t watch the trailer at all. If you’re desperate to know more about Game of Thrones Season 6 then you’ll be wanting to watch the trailer multiple times as there’s a lot to take in.

Here’s what we’ve spotted so far:

0:05 – A shot of Jon Snow’s lifeless body as we hear Tormund Giantsbane (Kristofer Hivju) say ‘I thought he was the man to lead us through the long night, but I was wrong’.

0:07 – Tormund stood outside with other Wildlings.

0:11 – A quick shot of Tyrion (Peter Dinklage) walking down the steps of the throne room at Meereen.

0:14 – The action cuts to his brother Jaime Lannister (Nikolaj Coster-Waldau). He’s stood hand on sword, face-to-face with The High Sparrow (Jonathan Pryce) who asks ‘You would spill blood in this holy place?’. Jaime replies ‘The Gods won’t mind, they spill more blood than the rest of us combined.’

0:20 – A hand reaches out towards some fire, could be Daenerys (Emilia Clarke)?

0:21 – A crowd of Dothraki on horseback look to the skies as the shadow of a dragon can be seen on the ground. This changes to a shot of Drogon flying overhead.

0:26 – Arya Stark (Maisie Williams) looks like she might be tied down and we hear Jaqen H’ghar (Tom Wlaschiha) ask ‘Who are you?’ to which she replies ‘No one’. We then see her struck by The Waif (Faye Marsay).

0:30 – Daenerys is being stripped against her will.

0:32 – We hear Jaqen again stating that ‘A girl has been given a second chance. There will not be a third’.

0:39 – Sansa Stark (Sophie Turner) looks like she is surrounded and we hear her say ‘It’s all I think about. What was taken from me.’

0:43 – A happy looking Walder Fray (David Bradley) stands and raises a glass to his men. We’ve not seen him since the Red Wedding in season 3.

0:46 – We hear Jorah Mormont (Iain Glen) say ‘I know what happens’ as he looks down at his Greyscale infected arm.

0:49 – A shot of what looks like Theon Greyjoy (Alfie Allen) lying down with a girl in the background.

0:54 – Lord Varys (Conleth Hill) and Tyrion in the Meereen throne room as an unknown girl walks away smiling.

0:58 – Cersei Lannister can be heard saying ‘Stand at the head of our army where you belong. Show them what Lannisters are. What we do to our enemies.’. She’s presumably talking to brother Jaime. There’s a montage that shows him leading his soldiers on horseback to what looks like a face-off with the Sparrows. In there is also a shot of Cersai and Tommen, Theon’s sister Yara (Gemma Whelan) plus the new improved Mountain (Hafþór Júlíus Björnsson).

1:12 – Davos is heard to say ‘The real war is between the living and the dead. And make no mistake, the dead are coming’. At the same time we see a shot of the Night’s King and other White Walkers on horseback. This is followed by some combat and shots of the White Walkers advancing while everything is on fire.

1:22 – Sam (John Bradley) and Gilly (Hannah Murray), she appears to be comforting him.

1:24 – Tormund Giantsbane drawing his sword and looking like he’s about to charge with the Wildlings.

1:26 – Arya Stark fighting with The Waif

1:35 – Tyrion talking to Varys and Missandei (Nathalie Emmanuel) stating ‘Dragons do not do well in captivity. That’s what I do, I drink and I know things.’

1:43 – Podrick being grabbed round the neck from behind.

1:50 – A nervous looking Tyrion checking on Dany’s dragons. The trailer ends with one of them breathing fire.

Let us know if we missed anything and your predictions for Game of Thrones Season 6 in the comments below.

Game of Thrones season 6 will be simulcast on Sky Atlantic at 2am on April 25th, at the same time as it airs in the US. It will be repeated at 9pm April 25th.