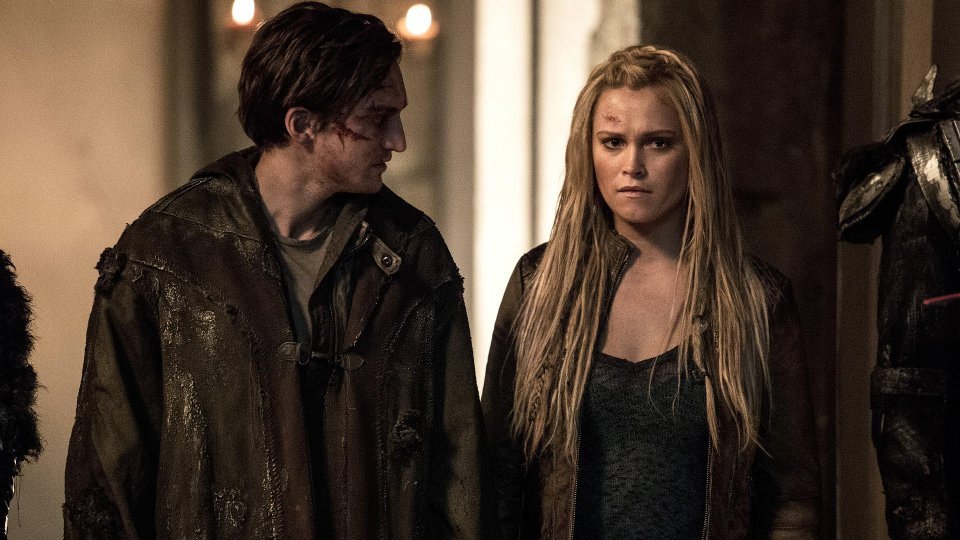 Kane (Henry Ian Cusick) and Pike (Michael Beach) continued their power struggle on the latest episode of The 100.

Pike suspected that there may be a leak within Arkadia and asked Bellamy (Bob Morley) and Monty (Christopher Larkin) to spy on their friends and find out where the leak was coming from. Kane attempted to find a peaceful way to handle things but when he orchestrated an breakout from the Arkadia prison, Pike sentenced him to death.

Elsewhere Raven (Lindsey Morgan) was convinced by A.L.I.E. (Erica Cerra) to reach out to Jasper (Devon Bostick) for help when she needed a password of Monty’s. When they started talking about Finn (Thomas McDonell), she realised that her memories had gone and decided to fight back against A.L.I.E.

The next episode of the season is Stealing Fire. Clarke (Eliza Taylor) discovers a shocking truth. Octavia (Marie Avgeropoulos) has to make a big decision that could have devastating consequences. Kane and Abby (Paige Turco) share a moment.