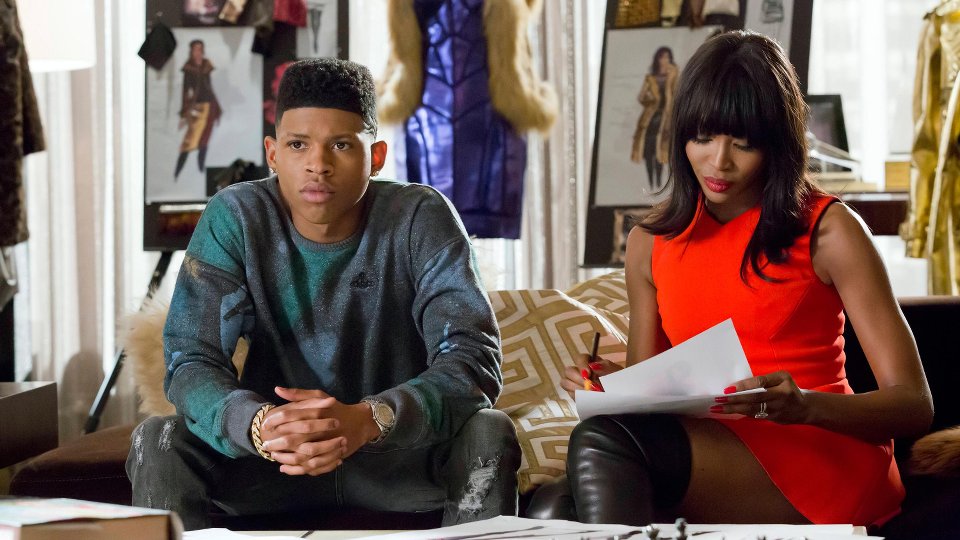 The wait is over! Empire is back on our screens for the second half of season 2 on Monday.

The first part of the season came to an end with a pregnancy Rhonda (Kaitlin Doubleday) taking a nasty tumble down the stairs after being shoved by a mystery person. We know who our money is on!

Meanwhile Mimi (Marisa Tomei) introduced Lucious (Terrence Howard) to her wife, who turned out to be the very manipulative Camilla (Naomi Campbell), and had him removed as CEO of Empire Records.

Elsewhere tensions between Jamal (Jussie Smollett) and Lucious continued to rise when they were both nominated for Song of the Year at the American Sound Awards.

The next episode of the season is Death Will Have His Day. After losing his company, Lucious announces he will stop at nothing to regain his power, but Cookie (Taraji P. Henson) has her own way of doing things.