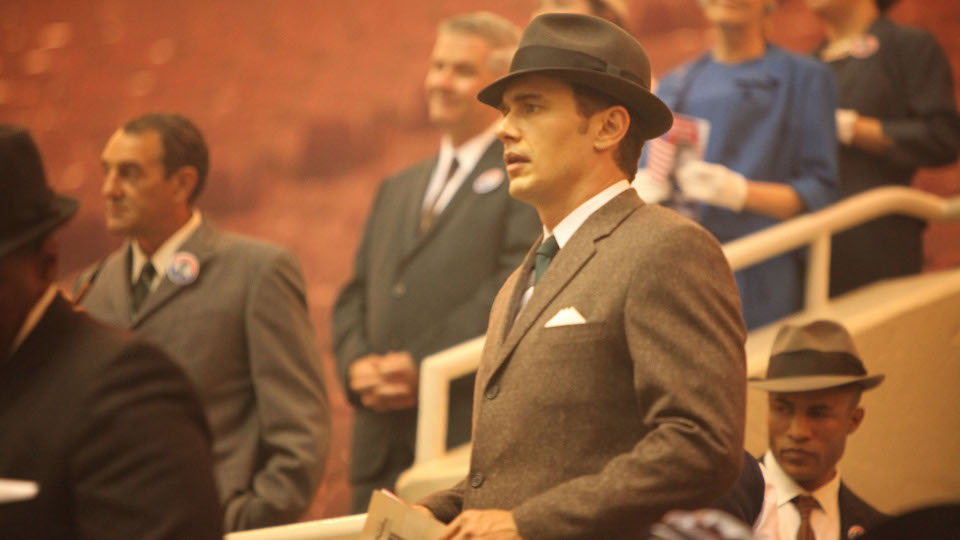 Season one of 11.22.63 kicks off in the UK tomorrow night (10th April) on FOX UK. The show is a nine-hour event series thriller, set over eight episodes, based on the 2011 novel by Stephen King.

James Franco (127 Hours) stars as Jake Epping, a high school teacher at a loss with his life, who wants to make a difference and do something meaningful. Encouraged by his ailing friend, Al Templeton (Chris Cooper, Adaptation), Jake journeys back in time in an attempt to prevent the assassination of President John F. Kennedy.

The story transports audiences into the world of 1960s Texas as Jake explores the multiple mysteries surrounding the alleged assassin, Lee Harvey Oswald (Daniel Webber, Home and Away). But Jake’s mission faces threats not only from Oswald, but also from Sadie Dunhill (Sarah Gadon), a beautiful librarian he falls in love with, and from the Past itself…which doesn’t want to be changed. And if the Past doesn’t want to be changed, it will push back – often violently.

The official synopsis for the episode one reads:

Jake’s life takes a new turn when his friend shows him a time portal to 1963. He then goes back to try and stop the assassination of JFK. Meanwhile, he makes a life of his own in the ’60s and nearly gets arrested.

Tune in to FOX UK at 9pm Sunday 10th April to see the first episode of season one. Preview it with our gallery below: