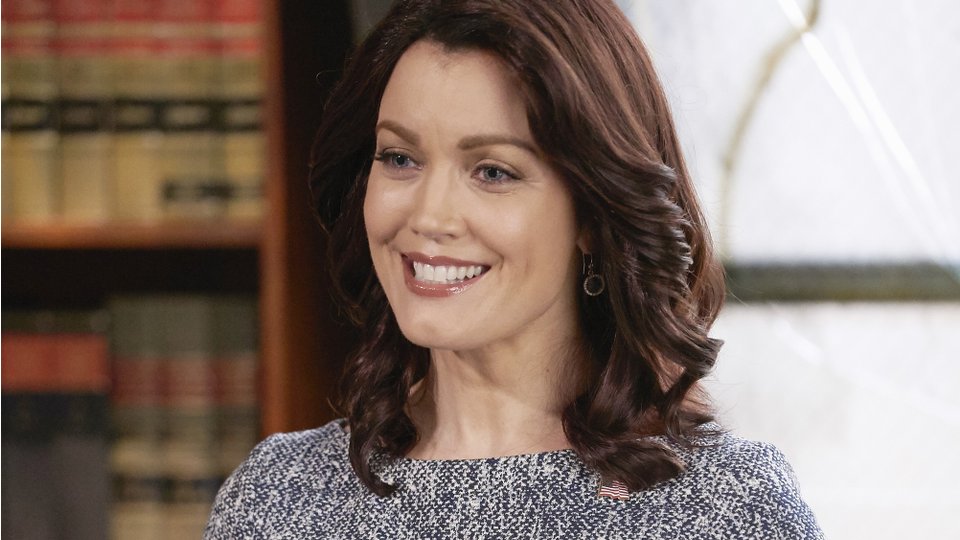 Mellie (Bellamy Young) and Susan (Artemis Pebdani) battled to get Hollis (Gregg Henry) as a sponsor on the latest episode of Scandal.

The two Presidential hopefuls tried to impress the dodgy dealing politician but it backfired when he announced that he would be running for President. Not only that but Hollis stole elements of Mellie’s campaign in the process!

Elsewhere Huck (Guillermo Diaz) became worried for his family when he recognised his ex-wife’s new boyfriend and decided to kidnap him. Abby (Darby Stanchfield) discovered that Cyrus (Jeff Perry) had been moonlighting for Vargas (Ricardo Chavira) and told Fitz (Tony Goldwyn) so that she could steal the Chief of Staff job.

Also Olivia (Kerry Washington) become suspicious about Jake (Scott Foley) and tried to understand what his interest is in his new fiancé.

The next episode of the season is Pencils Down. Mellie makes a very public faux-pas and puts her campaign in jeopardy. How far will Olivia go to fix it?