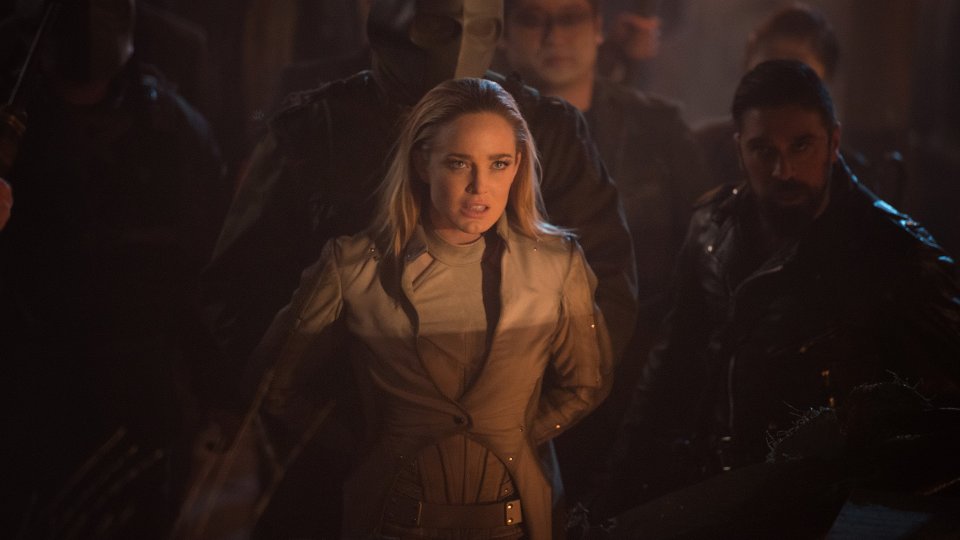 Valentina (Stephanie Corneliussen) attempted to get the Firestorm formula from Stein with the help of Savage (Casper Crump) but failed. She then discovered that Stein was the other half of Firestorm and she attempted to merge with him but couldn’t handle the nuclear reaction inside of her and it killed her.

Elsewhere in the episode Rip (Arthur Darvill) asked Sara (Caity Lotz) to kill Stein if they couldn’t rescue him, and the team crash landed in Star City of 2046.

The next episode of the season is Star City 2046. The Legends see a horrific version of the future when they crash into Star City in 2046. Sara gets a further shock when she meets Oliver Queen (Stephen Amell).