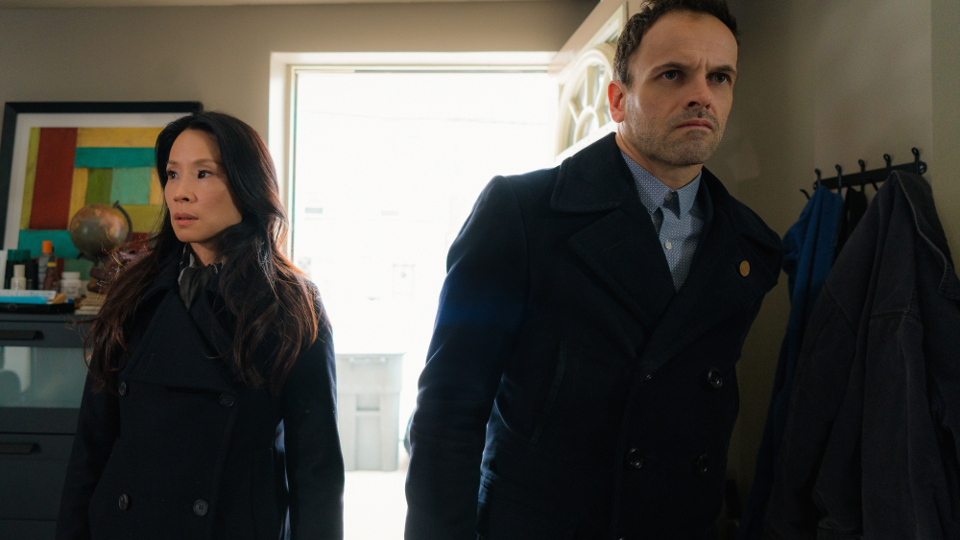 The latest episode of Elementary was an adaptation of The Hound of the Baskervilles. Holmes (Jonny Lee Miller) and Watson (Lucy Liu) investigated the death of a man who was hit by a truck. The man’s brother was convinced it was murder and felt that he could be targeted next.

A witness said the man was fleeing for his life from a huge, glowing animal. This later turned out to be a robotic dog that had been programmed to kill. When it turns up to kill the brother he was able to capture it thanks to help from Sherlock.

The evidence eventually led the pair to the CEO of a robotics company who was next in line to inherit a fortune should both of the brothers die.

Not able to pin the murders on either of the men Sherlock deduces that there must be an unknown person in line for the fortune. He set up a scheme pretending that the brother has murdered the CEO to try and draw the culprit out.

Of course it worked and the CEO’s niece came out to claim the fortune which meant she was behind it all along.

Elsewhere in the episode Sherlock confronted Medical Examiner Eugene Hawes. Sherlock noticed his work had been slipping of late and felt he had issues that were affecting his work. Sherlock used his experience from his own troubled past to give him advice. He resisted at first but eventually agreed to take leave and thanked Sherlock for his help.

The next episode of season four is You’ve Got Me, Who’s Got You? When a man who secretly fought crime dressed as a popular comic book superhero is murdered, Holmes and Watson must discover his real identity before they can find his killer. Also, Morland makes a surprise donation to Watson’s favorite charity, in order to compel her to do him a business-related favor.

Tune into Sky Living at 10pm on Thursday to watch the episode. Preview episode 17 with our gallery below: