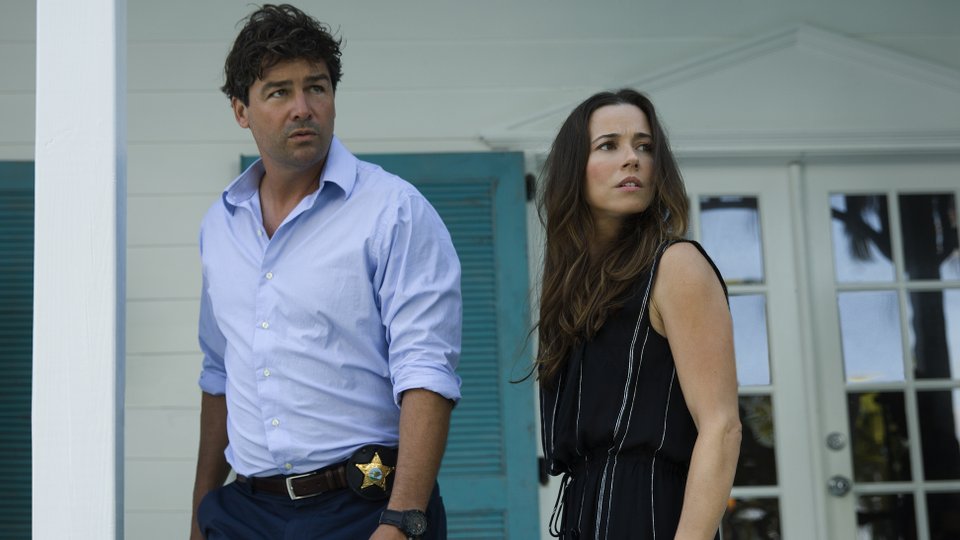 Danny Rayburn (Ben Mendelsohn) returns home to the Florida Keys for his parents’ 45th anniversary of running their beachside inn Rayburn House. The black sheep of the family, Danny’s arrival stirs up mixed feelings from his siblings John (Kyle Chandler), Meg (Linda Cardellini) and Kevin (Norbert Leo Butz). The deeply troubled Danny immediately causes trouble by not meeting John, who agreed to pick him up, and for failing to curb his drinking and drug taking leading his family to suffer much public humiliation. As Danny continues to cause trouble, his siblings worry that their secrets are going to come out and ruin the family.

Bloodline is a Netflix Original series that proved to be a slow-burner when it arrived last year. The initial reception to it wasn’t quite what the streaming service has become accustomed to with its original programming but the ratings must have been solid as it’s coming back for a second season this year. Bloodline is very much a character driven drama with plenty of twists and a darker undertone than you’ll expect from the majority of the first episode.

It’s clear from the offset that the Rayburns are not the wonderful and lovely family that they appear on the outside. Matriarch Sally (Sissy Spacek) seems completely oblivious to the problems and trouble within her family, choosing to turn a blind eye particularly to the behaviour of Danny. The family rallies around to keep her protected but it soon becomes apparent that they should probably worry about themselves first.

Each episode features two timelines with events from the future getting glimpses here and there to tease what’s to come. These prove to be the most intriguing parts of the series, especially in the opening few episodes, as they set up the dark and twisted drama that is to come. I want to be incredibly careful about what I say in regards to the plot because a pretty big doozy is serve up early on and I wouldn’t want to ruin that for anyone who hasn’t yet seen the show.

Bloodline’s strength lies in its excellent cast. Friday Night Lights star Kyle Chandler plays against type as John and he’s a bit of a revelation. Equally good is Linda Cardellini as Meg, and she completely eradicates her annoying turn as Sylvia in Mad Men with a layered and complex performance. The show really belongs to Ben Mendelsohn though who plays Danny without falling into the obvious clichés that you expect his character to. He brings warmth and likability to Danny, even when the character isn’t particularly likeable.

Special features on the release are limited to a selection of deleted scenes.

Bloodline isn’t one of those shows that will grab you instantly. You do have to put in the work and stick with it but the pay off is definitely worth it. If you like your drama to take its time unfolding then you should add this to your watchlist but if you’re more a fan of the faster-paced shows such as How to Get Away With Murder than you’ll likely find yourself a little bored and frustrated. Personally I loved it and I can’t wait to see what’s in store for the Rayburns in season 2.