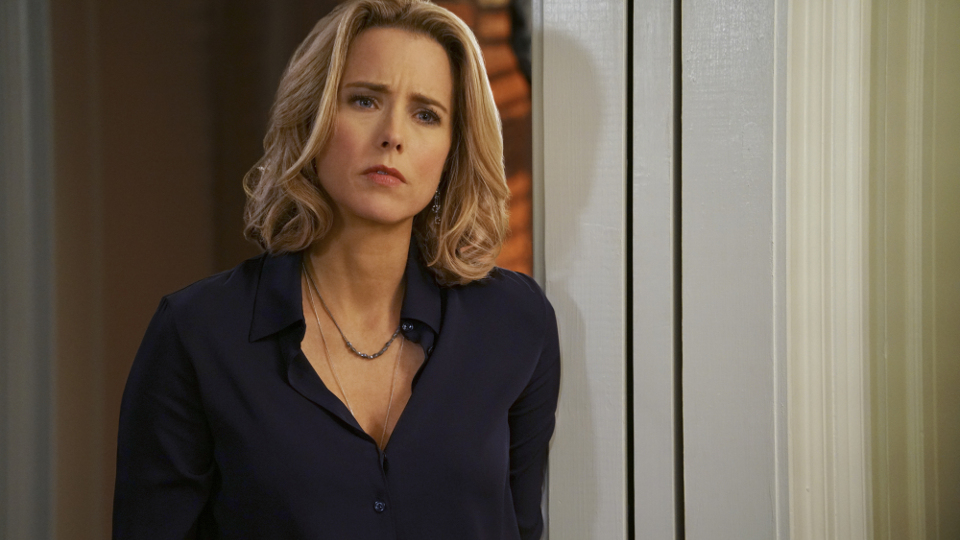 In the latest episode of Madam Secretary, America punished Russia for ignoring the no-fly zone above Ukraine by shooting down some of their jets. This angered Maria Ostrov who ordered ground troops into Mariupol.

Thanks to a heads up from Dmitri, the Americans and Ukraine were ready for the invasion which they easily repelled. This led Ostrov to become suspicious that their was a mole in her inner circle. Dmitri contacted Henry (Tim Daly) demanding to be extracted before it was too late. Henry tried his best to get the DIA to help Dmitri without success.

Meanwhile, Elizabeth (Téa Leoni) had her team investigate Ostrov looking for leverage they could use against her. Eventually they uncovered information that implicated her in the death of her husband. This was just what they needed and Elizabeth setup peace talks in Geneva.

After finally officially telling Elizabeth about Henry’s job, it was decided that he should accompany her. While he was there would be the perfect opportunity to extract Dmitri.

The peace talks went quite well until Ostrov demanded a public apology from America. She wanted them to admit that Russia wasn’t behind the Air Force One hack and that they had turned off the power in Moscow. President Dalton refused and said he would go public with the proof she killed her husband.

Ostrov finally agreed to the peace deal and to keep the hack information secret. As long as America kept the details of her husbands death secret. Her final condition was that they tell her the name of their mole. Reluctantly they agreed and gave up Dmitri.

Henry was on his way to extract Dmitri but his team aborted at the last second. This left Dmitri stood at the extraction point to be apprehended instead by the Russians. Henry was devastated and even more so when he learnt that Elizabeth had had to go along with giving him up. This is likely to cause huge problems for their normally strong relationship.

At the end of the episode, President Dalton, Elizabeth and Ostrov are getting into cars to leave the peace talks. A soldier is seen on the roof of a nearby building pointing some kind of rocket launcher at one of them. The episode ended as he fired and we’ll have to wait for the next episode to see what happens.

The next episode of season two is Unity Node. Elizabeth tries to salvage a peace deal with Russia after an unexpected turn of events threatens to dissolve the agreement. Also, Elizabeth gets dragged into dealing with an emergency situation aboard the International Space Station, and Henry quits his job with the NSA.