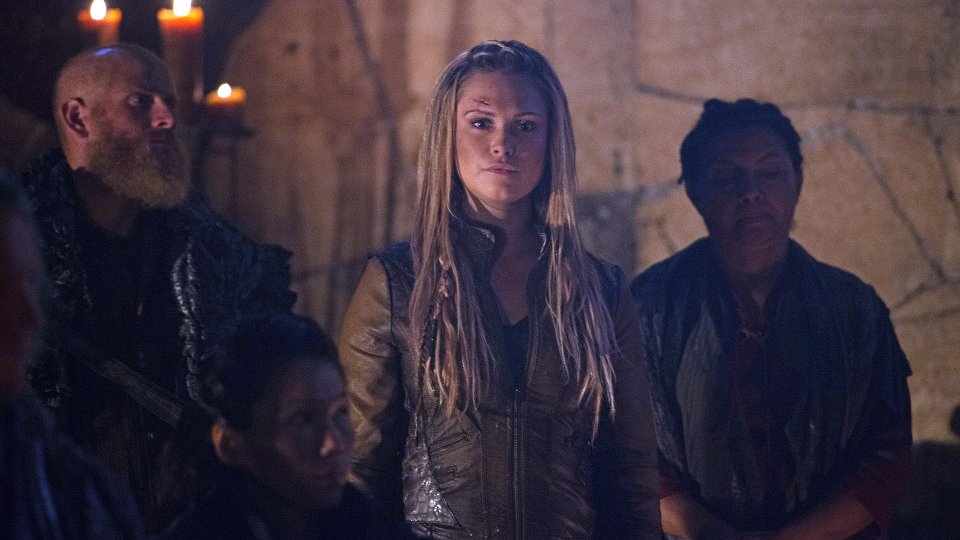 Clarke (Eliza Taylor) returned to Arkadia on the latest episode of The 100 to confront Bellamy (Bob Morley) following the slaying of a grounder army.

After persuading Lexa (Alycia Debnam-Carey), Clarke pleaded with Bellamy to step down but when he refused Lexa threatened to retaliate with violence. Clarke managed to convince Lexa not to retaliate but how long the peace lasts remains to be seen.

Elsewhere in the episode Murphy (Richard Harmon) and Emori (Luisa D’Oliveira) set traps to loot from passing grounders, Jaha (Isaiah Washington) returned to Arkadia with A.L.I.E. (Erica Cerra) to recruit more people into the City of Light, and Raven (Lindsey Morgan) took one of Jaha’s pills and was surprised to discover her pain disappeared.

The next episode of the season is Bitter Harvest. Clarke is torn between vengeance and mercy. Kane (Henry Ian Cusick) and Octavia (Marie Avgeropoulos) work together in order to avert a disaster. Abby (Paige Turco) continues to worry about Raven.