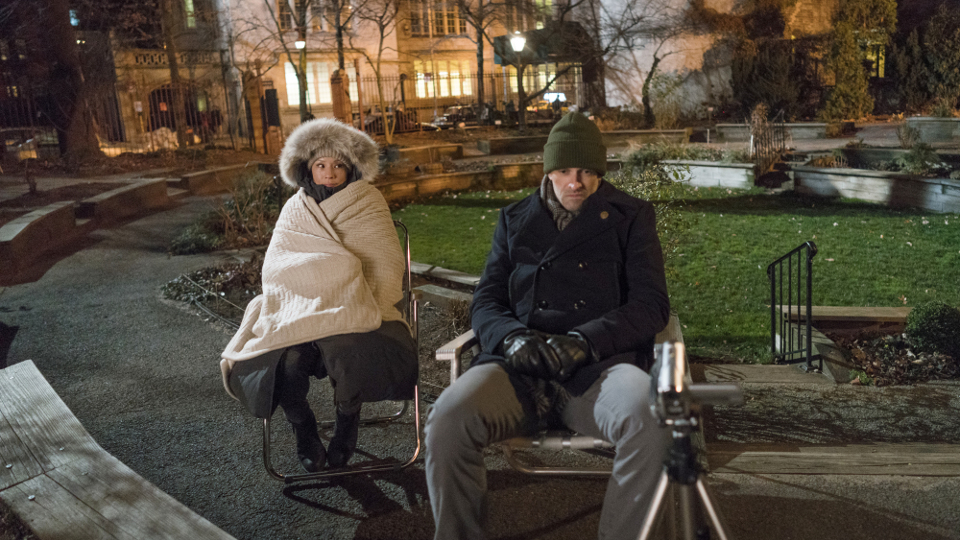 In the latest episode of season four Holmes (Jonny Lee Miller) and Watson (Lucy Liu) assisted Captain Gregson in a case that involved murdered triad members. After following the clues and piecing together the evidence they discovered the murders were a revenge attack by a local mortician.

The rest of the episode focused back on Sherlock’s father, Morland Holmes. As promised Sherlock continued to look into the attempted assassination attempt. He suspected that Sabine, the woman Morland was seeing, was involved in the attempt somehow despite being killed herself.

With the help of Watson they gained access to the house of Sabine’s stepdaughter. This resulted in a visit to the brownstone by his furious father.

Later Morland gave Sherlock access to Sabine’s email. Sherlock was able to find out that it had been hacked by a Russian hitman allowing him to monitor the account. He also confirmed his suspicion that the assassination attempt had been made possible by Sabine.

Sherlock was particularly upset with his father this episode and he explained to Watson that he blames Morland for the death of his mother. Morland later gave Sherlock access to a file on his mother. It contained medical records that explained she had been a drug addict and couldn’t get clean. This was new information to Sherlock but it seems that he’s not going to forgive his father any time soon.

The next episode of season four is Up to Heaven and Down to Hell. When Watson runs into Captain Gregson and his secret girlfriend (Virginia Madsen), a former NYPD officer, she inadvertently sets the couple’s breakup in motion. Also, Holmes and Watson investigate the murder of a wealthy woman who left her considerable estate solely to a beloved dog.

Tune into Sky Living at 10pm on Thursday to watch the episode. Preview episode 15 with our gallery below: