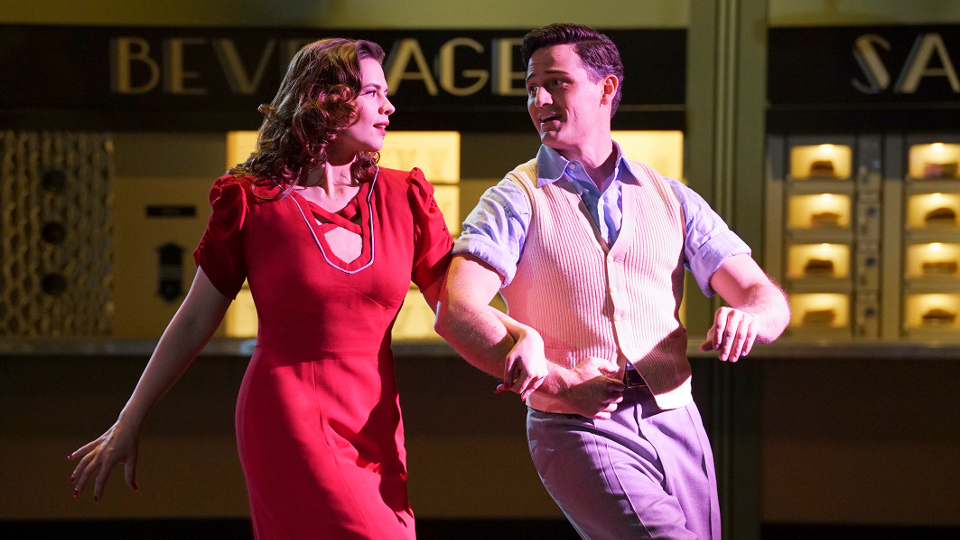 In the latest episode of Agent Carter, Ana survived surgery after being shot by Frost. A worried Jarvis sat by her bedside and promised her as many things as he could think of until she awoke.

Delighted that she had survived the surgery he was left heartbroken upon hearing she would never be able to have children. He decided not to tell Ana and to keep the news to himself. Before heading off to help Peggy he asked Rose to look after Ana. He left her with a copy of his Will and a bunch of Ana’s favourite things.

Frost was holding Wilkes captive and studying him to learn more about the Zero Matter. Outside of his containment chamber she needed to keep topping him up in order to keep him in the physical world. She also taught him how to control his Zero Matter.

Meanwhile Carter cooked up a plan to save Wilkes. She proposed a trade with Frost of the Uranium rods for Wilkes. Frost agreed but was unaware that she would be trading him for fake rods. During the exchange Frost realised she had been duped but not before Carter escaped with Wilkes.

After escaping Wilkes turned on Carter and Sousa to determine the location of the rods. He had to threaten to shoot Carter in the face in order to get Sousa to give up their location at the SSR. Wilkes then escaped through the side of their van by shifting back to his non-corporeal state.

Elsewhere Thompson eavesdropped on Masters and heard a conversation between him and Frost. He confronted Masters who used Stark’s memory eraser tech on him.

When Thompson came around he joined up with Carter, Sousa and Jarvis. They were sent the plans to build a Gamma cannon by Stark. After building the cannon they headed to the Isodyne test site to confront Wilkes and Frost.

They arrived a little too late and witnessed the pair opening the Zero Matter rift. Wilkes was pulled into the Rift but a blast from the Gamma cannon closed it and returned him full of Zero Matter.

Jarvis lost it and put a bullet through Frost in revenge for Ana. However she was protected by her Zero Matter and survived. At the end of the episode Jarvis and Carter were taken hostage.

The next episode of season two is A Little Song and Dance. Peggy desperately tries to save Dr. Wilkes with a dangerous plan to stop Whitney Frost. But Thompson makes a surprising move that could destroy them all.