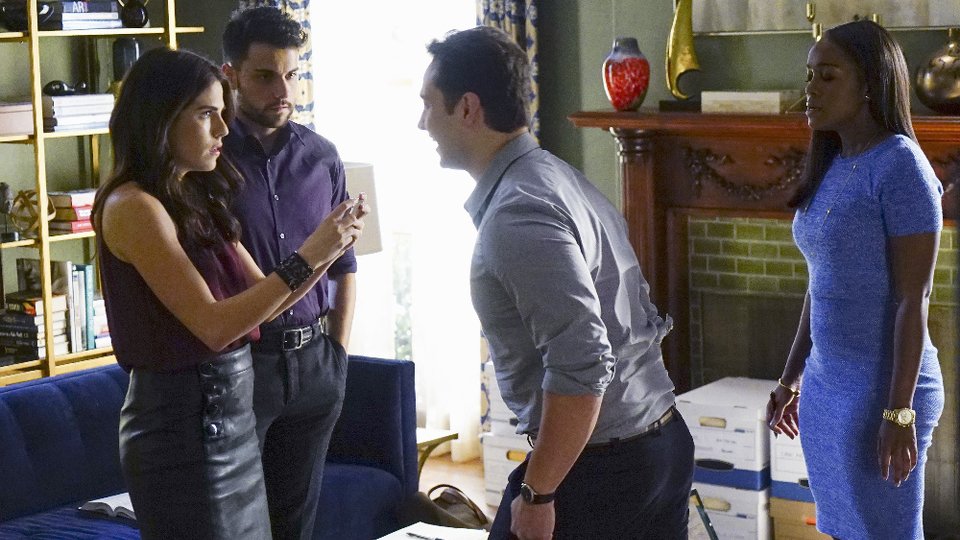 Annalise (Viola Davis) tried to handle the situation when Philip (Jefferson White) demanded $1 million on How to Get Away With Murder.

Nate (Billy Brown) advised Annalise not to give in to the threat, even though the video footage Philip had could put them all in prison. When they didn’t pay up, Philip sent another video of Annalise and Nate having sex to prove he was watching their every move.

Elsewhere in the episode Wes (Alfred Enoch) and Laurel (Karla Souza) started putting the pieces together about Wes’ mother’s death and they shared an unexpected kiss. When they returned Laurel confronted Annalise to find out what she knew.

In the flashback Annalise and Frank (Charlie Weber) travelled to Ohio to defend a man accused of murdering his fiancee. It was revealed that Wes’ mother was a witness to the murder and she didn’t show up to testify in court.

The next episode of the season is Something Bad Happened. Wes begins to question his own involvement in his mother’s death. Annalise makes a risky move in trying to protect herself and her team from Philip.

Advertisement. Scroll to continue reading.
In this article:How To Get Away With Murder, Viola Davis