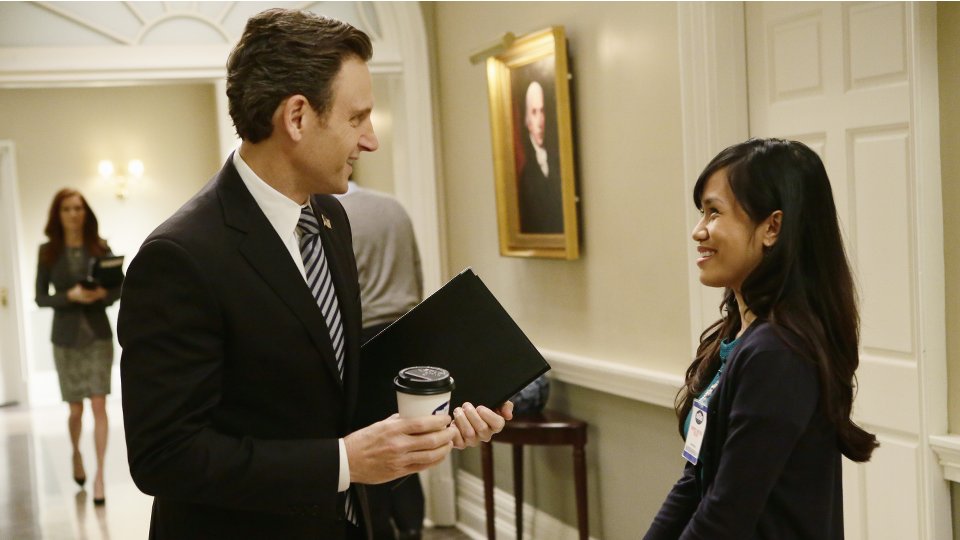 Fitz (Tony Goldwyn) drove Abby (Darby Stanchfield) round the bend on the latest episode of Scandal.

After deciding to start dating the reporter (Annabeth Gish) that was writing a piece on him, Fitz wouldn’t listen to Abby when she tried to make him understand the risk his behaviour was putting the White House in. Meanwhile Cyrus (Jeff Perry) turned his attentions to Francisco Vargas (Ricardo Chavira) as he bid to run his presidential campaign.

The next episode of the season is The Fish Rots From the Head. Olivia takes on some tough Secret Service agents. Meanwhile, Abby tries to keep Fitz in line.